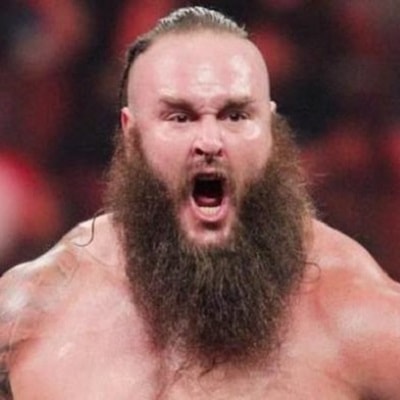 Roman Reigns is, if not the best, one of the best performers in the world, hands down.

I've shouted this from the rooftops, and I'll say it again: There's not another man on this Earth who is my size who can do what I do.

What is the relationship of Braun Strowman?

Braun Strowman is in a relationship with Kamilla Kaine. She is an independent pro wrestler and it is said that they started dating in the year 2017.

Previously, he dated Raw Women’s champion, Alexa Bliss. Apart from rumors, he has not been linked with any other woman and he is currently focusing on his career.

Who is Braun Strowman?

Braun Strowman is an American wrestler, actor, and former strongman who is currently signed to WWE and performs on the Raw brand. He is the 2018 Men’s Money in the Bank Contract and also became a one-time Raw Tag Team Champion.

He was born on September 6, 1983, in Sherrills Ford, North Carolina, USA. His birth name is Adam Scherr. He was born to his mother Sara Scherr and his father Rick “Crusher” Scherr, a slow-pitch softball player and a USSSA Hall of Fame member. He has a sister named Hannah Scherr.

Braun and his mother got in a car accident when he was one year old, which left his mother in a coma and had to undergo surgery to relieve the pressure from her swollen brain. His mother had to relearn everything including walking after she came out of the coma.

Braun holds American citizenship but his ethnicity is unknown.

He joined Bandys High School where he played football, track and field, and wrestling. Braun graduated in 2001 but did not join college until 2003. He played football semi-professionally for the Hickory Hornets while working as a doorman and mechanic in community college for four years.

He joined the 2007 NFL Scouting Combine but did not begin his professional career as a football player due to poor grades. He earned his Strongman Corporation (ASC) Professional Card in November 2011 by winning the NAS US Amateur National Championships.

In early 2013 he signed a contract with the professional wrestling promotion WWE and adopted the ring name Braun Stowman. Also, he became a member of The Wyatt Family in August 2015 alongside Bray Wyatt, Luke Harper, and Erick Rowan.

Moreover, he had matches against Seth Rollins, Roman Reigns, Sin Cara, James Ellsworth, and Samoa Joe, among many others.

He has an estimated net worth of around $2 million(as per 2022 data) and he has earned that sum of money from his professional career. Also, his salary is around $70k per annum.