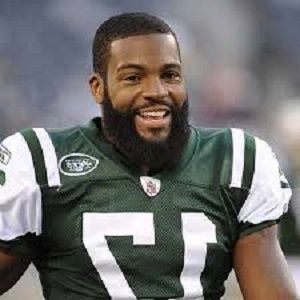 In mid-2010, Edwards started dating a fashion blogger, Ashton Whittington. They had a romantic relationship for a long time, and she became pregnant with his baby around the time he was arrested in September 2010. In 2011, she gave birth to their son, Ashton Arthur Whittington.

However, the pair could not carry their relationship well and ended up parting way. Though he is not married yet, Edward is a father to two children.

Who is Braylon Edwards?

Braylon Edwards is a former American football wide receiver in the National Football League (NFL) who has played college football for the University of Michigan. He has the first receiver in Big Ten Conference history to record three consecutive 1,000-yard seasons and only the third to do so in NCAA Division I-A.

His father is Stanley Edwards and mother is Malesa Plater.

From his childhood, he was interested in playing football, so he used to play football at colleges in his early days.

After that, he attended his university in the University of Michigan.

In 2005, NFL, Edwards was selected in the first round (3rd overall) Draft by the Cleveland Browns. He started his career in the rookie season as Cleveland’s third wide receiver, a hold-out caused him to miss the beginning of training camp.  On September 11, he made his NFL debut versus the Cincinnati Bengals and on September 18, caught his first NFL touchdown at the Green Bay Packers.

In 2007, Edwards had a breakout season and made his first Pro Bowl, becoming the first Browns receiver to make the Pro Bowl since Webster Slaughter in 1989. Furthermore, he was traded to the New York Jets on October 7, for wide receiver Chansi Stuckey, linebacker Jason Trusnik and a third and fifth-round draft pick in the 2010 NFL Draft.

During his college football, he earned unanimous All-American honors.

He became the first receiver in Big Ten Conference history to record three consecutive 1,000-yard seasons. And he is only the third to do so in NCAA Division I-A.

Edwards was arrested on September 21, 2010, on a drunken driving charge in New York early in the morning. Police smelled alcohol on Edwards who blew 0.16—twice the legal limit and was arrested on a DUI charge.

From 2002 to 2010, he has often been in trouble with the law as he has been pulled over seven times for speeding violations.

He earns a huge amount of money but has been keeping it secret from media.

His estimated net worth is about $12 million which he earns from his profession.

He has an average body with black hair and the black eye. Besides that, he is 6 feet 3 inches with the body mass of 97kg.