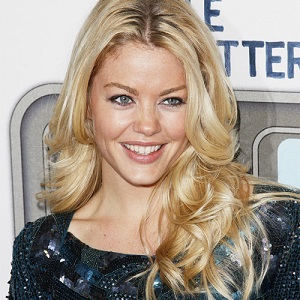 Bree was married twice in her life. Josh Evans was her first husband they married on December 29, 2005. They separated after 2 years of their marriage. Although they lived for 2 years together they didn’t have any children. After her divorce, she dated Michael Roberts and married him in 2008. Bree and Roberts became parents in 2010. Their son’s name is McGreggor Edward Roberts. Till now Bree shares romantic and happy moments with her family and there is no any sign of divorce.

Who is Bree Williamson?

Bree Williamson is a renowned actress from Canada. She is popular for her television series Earth: Final Conflict, Gossip Girl, and Deception.

Bree Williamson was born in Toronto, Ontario, Canada on December 28, 1979. Her nationality is Canadian and ethnicity is North American.

Bree also started a clothing store with her sister Tarra Williamson. She didn’t share her parents and siblings with the media.

Bree attended Bayview Glen School and later completed her bachelor’s in science from the University of Toronto. She had initially planned to start her career in business or psychology.

After graduation, Bree got a role on the ABC soap opera One Life to Live till it got canceled in 2012. Bree has also auditioned for a role on OLTL but was initially rejected but later selected when Erin Torpey resigned from it.

Bree was also nominated for the Outstanding Supporting Actress in Daytime Emmy Award. She did the role of Brandies in the Gossip Girl series in 2009-2010. She also worked in the episode Dead of the Class of CSI: Crime Scene Investigation in 2013. She also worked for Deception, Sins of the Preacher. She also played in True Detective and Hell’s Kitchen in 2014. In 2015, she also acted in A Mother Betrayed, Chicago Fire Portrait of Love.

Bree Williamson: Salary and Net Worth

Bree’s salary and net worth are unknown. There is no exact calculation of her net worth as she doesn’t want to make it public.

It was once rumored that she is “in talks” to be the first hire by Llanview’s Frank Valentini and to transport to the city of Port Charles when the duo takes over as new executive producer and head writer of General Hospital but later she cleared the rumor from her Twitter account that “Only person I’m ‘in talks’ with is my son about a diaper change.  And the deal stinks. Bree Williamson’s last scene on General Hospital was the airport scene which she knew was her last scene. The actress was quick to defend Claudette’s actions, even abandoning her daughter, Charlotte. Maybe she really is trying to protect this little girl, Williamson muses or maybe she was actually doing something unselfish.