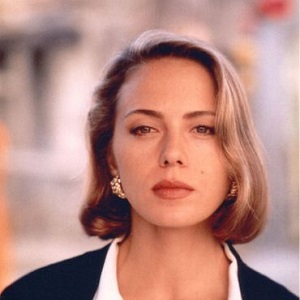 Brenda Bakke might be possibly single. It is very hard to predict her relationship status.

As she is very much secret about her personal matters, there is no information available about her love life.

Also, she might not have any children. She is still active in her profession and might be focused on it.

Who is Brenda Bakke?

Brenda Bakke is an American actress and she is best known for her role in ‘Hot Shots! Part Deux’, Demon Knight’, ‘Gunman’, and ‘Under Siege 2: Dark Territory.

She was born on May 15, 1963, in Klamath Falls, Oregon, USA. She is currently 58 years old. Bakke has not provided any information about her parents, siblings, and childhood.

Bakke holds American citizenship but her ethnicity is unknown.

Talking about her education history, she graduated from Sunset High School, near Beaverton, Oregon in 1981. Brenda studied acting at the American Academy of Dramatic Arts in Los Angeles.

She debuted her acting career in a Portland stage production of ‘Years Ago’ at the age of 15. After graduation, she moved to Los Angeles.

Then, she made her screen debut in the movie ‘Hardbodies 2’ in 1986. She made her guest appearance in the episode of ‘Star Trek: The Next Generation by the following year.

Brenda Bakke has played the role of Michelle Rodham Hiddleston in ‘Hot Shots! Part Deux’ in 1993, and appeared as a female leading role in the action-comedy film ‘Gunmen’ by the following year.

She portrayed the role of Captain Linda Gilder in ‘Under Siege 2’ in 1995 and as Cordelia the prostitute in ‘Demon Knight’.

Despite playing in so many films and television series, she has not been awarded or nominated for her work to date.

She has an estimated net worth of around $1 million as per 2022’s data, and she has earned that sum of money from her professional career.

The average salary of an actress in the US is about $55, 864 annually. Also, she is the author of the book, ‘Driving in La’ and the book costs around $14.99 in the paperback version on Amazon.

She likes to keep her profile low; hence, she has not been involved in any rumors and controversies in her career.

She has a height of 5 ft. 5 inches and weighs 53 kg. Brenda Bakke has dark brown eyes and dark brown hair.