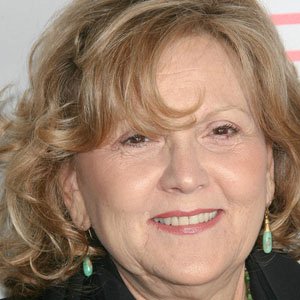 Brenda Vaccaro is a married woman. She has been married to Guy Hector since February 2, 1986. Hector is a real estate executive and a businessman. The couple has not welcomed any children yet however, they are sharing quality time with each other.

Who is Brenda Vaccaro?

She was born on November 18, 1939, in Brooklyn, New York City, New York, USA. Her birth name is Brenda Buell Vanncaro and she is currently 79 years old. She was raised in Dallas, Texas. Her father’s name is Mario A. Vaccaro(a restauranteur) and her mother’s name is Christine M. Her parents co-founded Mario’s Restaurant in 1943. Vaccaro is a staunch liberal Democrat and feminist.

Brenda holds American citizenship and her ethnicity is Italian.

She graduated from Thomas Jefferson High school and also attended Neighbour Playhouse School of the Theater under the guidance of Sanford Meisner.

She made her appearance in the film ‘Midnight Cowboy’ in 1969 alongside Dustin Hoffman and Jon Voight. She also increased her fame from her performance in the 1975 film adaptation of Jacqueline Susann’s ‘Once Is Not Enough’.

She told that she with her boyfriend Michael Douglas used to have fun experimenting with drugs.

She has a height of 5 ft. 5 inches. Brenda Vaccaro has brown eyes and blonde hair. Other information regarding her weight, body measurements, etc. are not available.