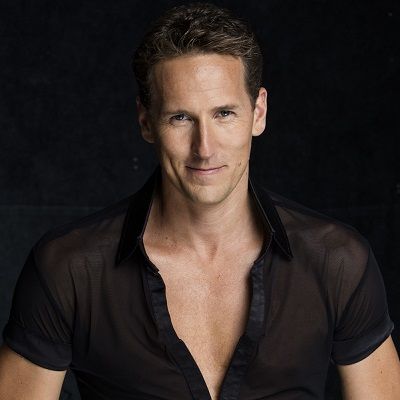 What is the relationship of Brendan Cole?

Brendan Cole is married to the British model, Zoe Hobbs from 2010.

Together, they have two children– daughter Aurelia who was born on Christmas Day 2012, and a son Dante, in March 2018.

Who is Brendan Cole?

Cole is recognized for appearing on BBC One show, Strictly Come Dancing as a Professional dancer.

He was born on 23 April 1976, in Christchurch, New Zealand to Eddie Cole and Keren Cole. His birth sign is Taurus.

In 1994, he studied the pasodoble, ballroom, and ballet at Donaheys, Clayton, Manchester, England.

From 2005 to 2009, Cole was the judge in New Zealand’s version of Strictly Come Dancing, Dancing with the Stars.

Movie- Everything to Dance

Cole appeared in the movie Everything to Dance alongside actors Sasha Jackson, Travis Oliver, and Sally Reeve in 2004.

Everything to Dance is a drama and dance-based movie directed and written by Pearl Howie. He was the Dance God in this movie.

Cole’s net worth is approximately $3 m US and his salary is around $35k US.

Cole has blue-eyed with auburn hair. His height is 5 feet 11 inches.

Here are some of his dancing videos you can see Kelly & Brendan’s Live, Rock It For Me, and Charlotte Hawkins & Brendan.

Rebecca Berg in relation with her Longtime Boyfriend Brendan Buck! Are they Planning on Getting Married?