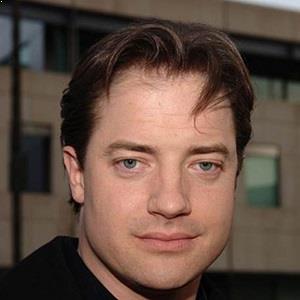 I'm starting to judge success by the time I have for myself, the time I spend with family and friends. My priorities aren't amending

I wanted to have the opportunity to travel to Vietnam and Sydney, and have the chance to work there.

I have so much satisfaction in my life. I have a beautiful wife and the great stimulation of an interesting career. I'm the most happy fellow that I know.

What is the relationship of Brendan Fraser?

The pair married on September 27, 1998, and had three sons: Griffin Arthur Fraser, Holden Fletcher Fraser, and Leland Francis Fraser. Fraser’s publicist announced in December 2007 that the couple had decided to divorce.

In early 2013, Fraser petitioned the courts for a reduction of his alimony and child support payments, asserting that he was unable to meet the annual obligation of $900,000; Smith, in turn, accused Fraser of hiding financial assets.

The actress and Fraser announced their separation in December 2007 and officially divorced on April 17, 2008. At present, he is believed to be single.

Who is Brendan Fraser?

Brendan Fraser is a  Canadian-American actor. People mostly know him for playing Rick O’Connell in ‘The Mummy trilogy’  and for his comedy and fantasy films, such as ‘Encino Man’, ‘George of the Jungle’ and ‘Bedazzled’ among others.

Fraser was born in Indianapolis, Indiana on December 3, 1968, to parents  Carol Mary and Peter Fraser.  His mother was a sales counselor.

Additionally, his father was a former journalist who worked as a Canadian foreign service officer for the Government Office of Tourism. He has three older brothers: Kevin, Regan, and Sean. In addition, he became interested in acting in his childhood years.

He is of Canadian-American nationality. Furthermore, he belongs to a mixed ethnic background of Irish, Scottish, German, Czech, French-Canadian, and English.

Talking about his education, Fraser attended  Upper Canada College. Later, he graduated from Seattle’s Cornish College of the Arts in 1990. Next, he planned on attending graduate school in Texas, but stopped in Hollywood on the way and decided to stay there to work in film.

Fraser initially made a brief appearance in ‘ Child of Darkness, Child of Light’ in 1991. In the same year, he appeared in ‘ Dogfight’, ‘ Guilty Until Proven Innocent’, and ‘ My Old School’.

Since then, he has appeared in numerous other movies and television series. All in all, he has more than 60 credits as an actor.

Some other movies and television series that Fraser has appeared in are ‘Nightcap’, ‘The Affair’, ‘Behind the Curtain of Night’, ‘The Field’, ‘Texas Rising’, ‘Gimme Shelter’, ‘ Breakout’, ‘Pawn Shop Chronicles’, ‘HairBrained’, ‘A Case of You’, ‘Escape from Planet Earth’, ‘Furry Vengeance’, ‘G.I. Joe: The Rise of Cobra’, ‘King of the Hill’, ‘Scrubs’, ‘Dickie Roberts: Former Child Star’, ‘Gods and Monsters’ and ‘George of the Jungle’ among others.

Additionally, he has 6 credits as a producer, 2 credits for the soundtrac,k and 1 credit in the Camera and Electrical Department.

Fraser won the Awards Circuit Community Awards in 2005. In 2006, he won the Critics Choice Award. Furthermore, he garnered the nomination for Saturn Award, Blockbuster Entertainment Award, and CFCA Award. All in all, he has 8 wins and 11 nominations to his name as an actor.

Fraser has not revealed his current salary. However, he has an estimated net worth of around $ 25 million as of 2022. Similarly, his salary is around $2 million per year.

Fraser’s previous marriage attracted numerous controversies along the way. Additionally, he also became part of another controversy after he was accused of repeatedly assaulting a producer on two separate occasions.  At present, there are no rumors concerning Fraser and his career.

Talking about his body measurement, Fraser has a height of 6 feet 3 inches or 191 cm. Additionally, he weighs around 209 lbs or 95 kg. Furthermore, his hair color is dark brown and his eye color is blue.