Renowned as Jane of the TV movie, Descendants.

Updated On September 21, 2021
Share this
Wish Happy Birthday
In Relation 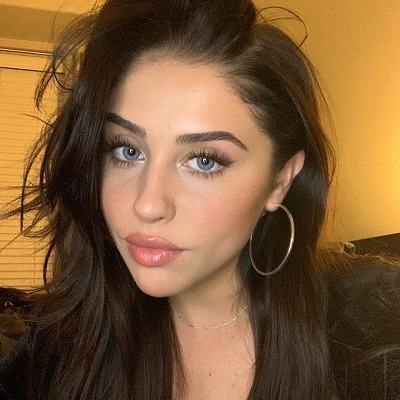 Brenna D’Amico is dating Christian Weissmann. Her boyfriend, Christian is also an actor by profession.

The lovebirds started dating each other in 2019.

Besides that, she shares a very strong bond with her parents.

Who is Brenna D’Amico?

American Brenna D’Amico is a TV Actress. D’Amico is renowned as Jane of the TV movie, Descendants.

She is also a voice artist.

Brenna D’Amico was born on the 28th of September 2000 in Chicago, Illinois, United States. Her father, Dave, and mother, Shannon D’Amico are of Italian ancestry.

She has a sister, Aubree.

There is no information regarding her education.

– The actress developed an interest in acting at a very tender age of eight. At the time, she used to perform in the theater.

– Later, At the age of 15, she expanded her career as an actress through Disney’s TV series, Disney Descendants: School of Secrets.

– Following the series, she appeared in the TV movie, Descendants. At the same time, she contributed her voice in the animated TV series, Descendants: Wicked World. Also, she featured in the other sequel of the Descendants.

– After working for the franchise of  Descendants, she was offered various roles in other series too. Some of her other projects along with the year and character names are-

Currently, the actress is busy with other movie projects. All of her projects are in the verse of post-production. Their name along with her character name is-

In 2016, There were rumors that the actress is dating her co-star of Descendants, Cameron Boyce. Their onscreen chemistry was one of the centers of attraction of the movie. Due to that, viewers had suspicion on their minds that they are also dating in their real-life too.

However, they had never said anything about it officially in the public.

She is a blue-eyed brunette. Her height is 5 feet and 1 inch.

She also has a self-titled YouTube channel is 21.6k subscribers and  357k views.