Brennen Taylor is a famous YouTuber and a comic actor. He is dating Kyra Santoro after a couple of failed relationships. 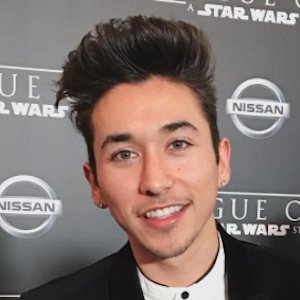 The famous YouTuber Brennen Taylor is currently in a relationship with Kyra Santoro. They have been dating since January 2018. He proposed to his girlfriend Kyra on camera.

Previously, he had an affair with Maggie Lindemann in 2017. They broke up after a few months. Also, he dated Corinna Kopf in 2017.

Who is Brennen Taylor?

Brennen Taylor is a YouTuber, actor, and comedian who is immensely popular for his work as a YouTuber with more than 3.26 million subscribers on his YouTube channel ‘Brennen Taylor’.

He is immensely known for being a Vine star with more than 1.6 million followers. He is also an actor who has acted in the TV shows like Sneakerhead in the year 2009 and also in the movies, ‘Fort Brother,’ and ‘Palo Alto’(2013).

Similarly, he gained fame by the movie Palo Alto where his co-stars were, James Franco, Val Kilmer, and Emma Roberts.

Brennen Taylor was born on April 3, 1995, in California, United States of America. His nationality is American and his ethnicity is Caucasian.

Brennen Taylor initiated his career as a social media personality with the now-defunct video application, Vine whereby, he gained massive popularity. He collaborated with Allicattt and made several vine videos. Finally, he gained more than 1.6 million followers on his Vine account.

He also established his own channel ‘Brennen Taylor’ and gained more than uploaded several comedy skits, vlogs, and challenges. He kept on posting some of the videos and increased his popularity to the large frame with more than 3.6 million subscribers.

Apart from his career as an internet sensation, he also worked as an actor for the 2013 film ‘Palo Alto’ along with his appearance in a 2009 episode of CBS’s Numb3rs called “Sneakerhead”.

Also, he is a member of the collaborative YouTube channel ‘Our Journey’ alongside Baby Ariel, Loren Beech, Weston Koury, Mario Selman, Zach Clayton, and Nick Bean.

He has accumulated a net worth of $500,000. But there is no information regarding his salary.

Brennen has a height of 5 feet 10 inches and weighs 65 kg. His chest, biceps and waist size is 38-13-31 inches. His hair color and eye color both are dark browns. He also has tattoos on his body.