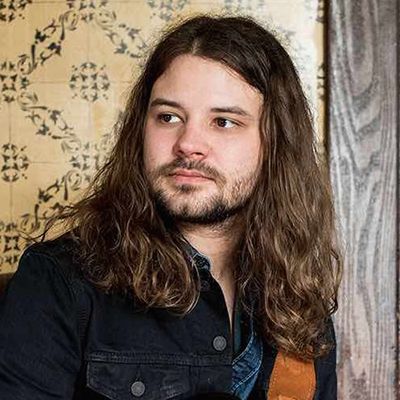 Small businesses get treated like consumers. They go into a retail [store] take a number and wait in line

We are integrating landline and mobile minutes. The likelihood of going over is minimal

On the 14th of September 2018, Brent Cobb posted a picture captioned; “Missing these two today” on his official Instagram account which has comments such as “Beautiful Family” all over.

This very post triggered the rumor of Cobb being in a relationship although no solid proof can be found.

All over the internet, posts saying, “Brent Cobb is a Real-Life Prince Charming to His Little Daughter” after he posted a picture of himself and his daughter on a date in royal attire.

His daughter Lyla, dressed like a princess managed to capture the hearts of a million people.

Who is Brent Cobb?

Brent Cobb is an American country music singer-songwriter and artist. Cobb is famous for his 2016’s evergreen album Shine On Rainy Day.

In the year 2018, he blessed the world of country-music lovers with his third album Providence Canyon. Which he named after a gully in Georgia that he often visited. Cobb is still engaged in making such beautiful music.

Brent Cobb was born on the 1st of August 1986, in Americus, Georgia. Despite the fact that he was born in Americus, he was brought up in a small nearby town of Ellaville.

Cobb’s father, Patrick Cobb, was originally an appliance repairman also a part of a rock band. With his father being in a rock band, Cobb’s interest in music was sparked.

Along with his father’s band, Cobb sang Tim McGraw’s “Don’t Take The Girl” in a Richland, Georgia festival performance, making it his vocal debut at the age of 7.

Cobb started his career at an early age. The internet lacks information about his educational qualifications, high school, and university.

Brent Cobb made his vocal debut at the age of 7, singing with his father’s band at a local festival. As a teen, Cobb looked forward to a local band called Mile Marker 5 which had some success regionally and was open for larger stats.

At the age of 16, while Cobb attended a family funeral, where he met his cousin Dave Cobb. Dave was a producer in Los Angeles, working with an artist Brent loved, Shooter Jennings.

Call it destiny, but the two cousins who grew up in different Georgia hamlets, Ellaville and Savannah, met by chance and found out the common boundaries between them. Brent gave him a demo CD that allowed Dave and Shooter Jennings to fly Brent to Los Angeles and record his first debut album, No Place Left to Leave.

After recording his first album in 2006, he decided to return to Georgia. Eventually, in 2008, he moved to Nashville, as suggested by Country star and acquaintance Luke Bryan. Cobb initially worked as a photo developer at Walgreens, however, he managed to sign a songwriting contract with Carnival Music Publishing within a year. Cobb then moved forward, writing songs for prominent stars such as Luke Bryan, David Nail, Frankie Ballard, Kellie Pickler, Kenny Chesney, as well as numerous other performers.

Gradually moving, Cobb released a self-titled extended play (EP) in 2012 and began opening for established stars such as Blake Shelton and Sara Evans, playing around 120 dates per year.

However in 2016, his own song “Down Home” appeared on Dave Cobb’s compilation album, Southern Family, along with some other artists. Later on the 7th of October 2016, Cobb released his major-label album, Shine On Rainy Day, via the Elektra Records imprint, Low Country Sound. This very album brought helped him climb the stairs of success.

The hard work and effort he put into his 2016’s album Shine On Rainy Day paid off as it made Cobb a nominee for Grammy Awards, peaked at number 17 on Billboard’s Top Country Album Chart and at number 5 on the Top Heatseekers chart.

Two years later in 2018, Cobb was on a headline tour in support of his newest Low Country Sound LP album called Providence Canyon, released on the 11th of May 2018. The 2018 album ranked at number 2 on the Top Heatseekers chart.

Brent Cobb’s official YouTube channel has earning of $11,000. Cobb earns as of the advertising revenue based on his channel’s audience.

The primary source of Cobb’s income is his YouTube channel. His net worth is under review.

Throughout his career, which began in early 2008, Cobb has stayed away from all sorts of distractions and rumors. Although his Instagram post of September 2018 raises some questions of him being in a relationship.

He has an average height and weight.

Cobb has over 16.7k, 61.3k, 12.3k, and 50.5k followers on YouTube, Facebook, Twitter, and Instagram respectively. He manages an official site that allows people to view his upcoming tour dates, events, pictures, news, videos, and bio.

You may also like James Taylor, Guy Garvey, and Tyler Joseph.