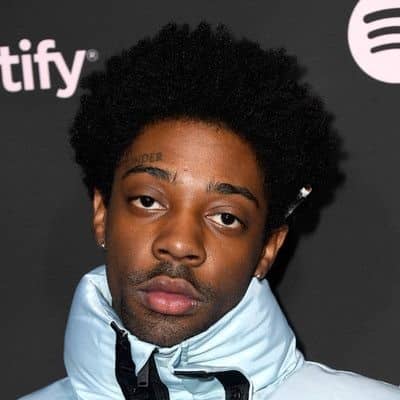 Brent Faiyaz has never talked anything officially about his relationship. And so it is not known whether he is married or in a relationship.

Yet maintaining a low profile, he was rumored to be in a relationship with Zahara Davis and singer Amber Olivier. The rumors were spread after they were featured on his Onstargram’s page.  However, the post was deleted after some days.

Who is Brent Faiyaz?

Brent Faiyaz is an American record producer and a singer. He is also well known for being a part of the group Sonder. They embarked on their first U.S. tour in September of 2017.

Brent was born on September 19, 1995. His birthplace is Columbia, Maryland, U.S. His real name is Christopher Brent Wood.

Despite being a popular singer, his father and mother’s names are unknown. Likely no information can be collected about his academics too. But he said that he wasn’t good at his studies and was interested in rapping from his school days.

The star holds an American nationality and his ancestry is of Afro-American origin.

The record producer started his career at his young age of 19. He used to upload his music onto SoundCloud.

And he released his first single titled “Allure” in the year 2015. It was released under the label Pigeons & Planes. Then he released his EP titled A.M. Paradox to positive critical acclaim on September 19, 2016. It was on his 21st birthday. The tracklist of his EP includes: Lovely, Insecure, Invite me, Poison, and No one knows.

In Oct 2016, Brent grouped along the duo producers to form a group named Sonder. The trio also records Dpat and Atu consecutively releasing their debut single “Too Fast” on Oct 25. Talking more, he was featured alongside rapper Shy Glizzy on the single “Crew” by rapper GoldLink on Dec 16, 2016. It was on the no. 45 on Billboard Chart on 14th Oct 2017.

Brent is also popular for his tour. He released an EP Introas Sonder and toured all over the country. Furthermore, he went on his Sonder Son tour that ended in March 2017. Then he released his album Lost in 2018 and followingly Fuck The World in 2020.

Brent has an estimated net worth of around $350K as of 2020. His other earning details are not available.

The singer has maintained a low profile when it comes to his personal life. And so he has also never been in any kind of rumors and controversies.

Talking about his appearance, he has black hair with dark brown colored eyes.

Similarly, he has his own YouTube channel with 543K subscribers.

You may also read the bio of Raza Jaffrey, Rene Angelil, Sara Phillips, and Supa Peach.