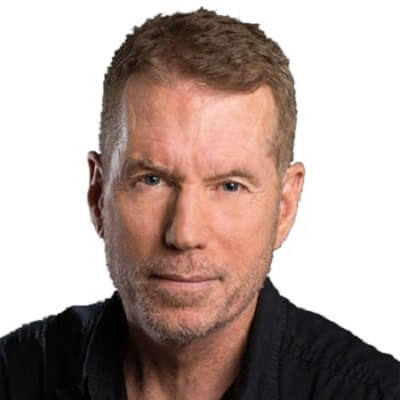 What is the relationship of Brent Huff?

Brent Huff is a married man. He is married to Shawn Huff. His wife is an actress and model.

She has modeled for L’Oreal, Marie-Claire, Vogue, Bazaar, etc. Her acting credits include The Secrets of Lake Success, McKenna, Dynasty, We the People, Absence of the Good, etc.

The couple exchanged wedding vows on 5 November 1989 and has been together ever since. From their marriage of three decades, they have one daughter. Her name is Bailey Huff and she is a fitness trainer.

There is no information about his previous relationships.

Who is Brent Huff?

Brent Huff is an American actor, director, and writer. He is best known for his appearances in The Rookie, Pensacola: Wings of Gold and Black Scorpion, Shameless, etc.

Brent Huff was born on March 11, 1961, in Springfield, Missouri, the United States. As of 2020, his age is 59. There is no information about his parents. Similarly, he has not revealed anything about his siblings and other family members. He spent his childhood days in Springfield.

Talking about his education. Huff went to the University of Missouri. From there, he graduated with a degree in Theatre. While at college, he also played basketball.

Huff began his career as a model. He signed with Nina Blanchard in Los Angeles and Ford Models in New York. As a model, he appeared in dozens of magazines, including Vogue, GQ, and Glamour. While working as a model, he landed the role of Willard with Tawny Kitaen in the French cult classic, The Perils of Gwendoline in 1983.

He is an experienced actor with over 50 feature film credits. He became well-known after his role in Girls’ Night (1998). Some of his movies include Killing Lazarus, Beautiful, Hot Boyz, Hitman’s Run, Falling from Grace, The Perils of Gwendoline, etc. His TV credits include Black Scorpion, The Rookie, Shameless, and Pensacola: Wings of Gold.

In 2013, his documentary Chasing Beauty was released. It was the number 1 documentary and independent film during the time of its release. Moreover, it also enjoyed a successful run on Netflix. BuzzFeed and Harper’s Bazaar named it one of the top ten best fashion documentaries of all time.

How much is Brent Huff worth?

According to some online sources, Brent Huff has an estimated net worth of around $1.4 million as of 2022. There is no information about his annual salary. On average, an American actor earns around $40k a year. Moreover, an American director, on average earns around $92k a year.

The director stands at a height of 6 feet 1 inch. There is no information about his weight. He has brown hair and blue eyes.

Huff is not involved in any controversies. He has kept himself far away from any type of controversy and scandal. So far, in his career as an actor, director, and writer, he has not done anything controversial. Similarly, there are no rumors about him of any kind.

You may also like to read the Bio, Career, Body Measurements, Social Media, Net Worth, Relationships, and more about Jake Paul, Mel Gibson, Taj Gibson, and more.

American interior designer Jeremiah Brent has tips to revamp your home at an affordable price!