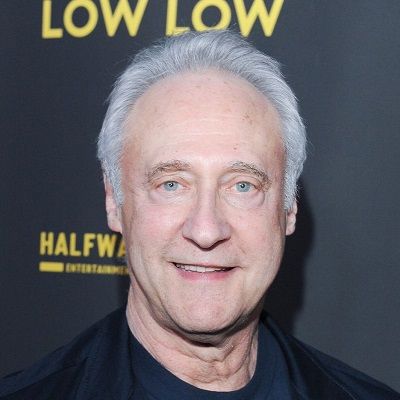 I don't think I should play Data anymore. I think I'm too old to play him anymore to be honest. I think it would look stupid putting that make-up on me at this point. There certain characters that I think work in a youthful way and I think I really skated along the edge in the last couple movies as it was.

What is the relationship of Brent Spiner?

Brent Spiner is married to producer, Loree McBride. They were married in 2001. Before the wedding, they dated each other for a year.

Together, they welcome their first and only son, Jackson Spiner on the 29th of June 2002.

Who is Brent Spiner?

Brent Spiner is an award-winning actor and voice artist. Brent is renowned as Data for the movie, 1994- Star Trek Generation.

Next, in 2020, he will be appearing as Data in the TV series, Star Trek: Picard. Currently, he is busy filming the series.

Brent Spiner was born as Brent Jay Spiner on the 2nd of February 1949 in Houston, Texas.

He was adopted by her mother, Sylvia’s second husband, Sol Mintz after the death of his biological father, Jack Spiner died due to kidney failure.

He is of British-Irish ancestry.

In which school did Brent Spiner attend?

In 1968, Spiner graduated from Bellaire High School in Bellaire, Texas. During his high school days, he was a member of the Bellaire speech team. For the team, he won the national championship in dramatic interpretation.

Later, he joined the University of Houston in Texas. During his University days, he became interested in acting and started performing in local theatre. He graduated from the University in 1974.

– Brent Spiner started his career in theatre during the early ’70s. The Three Musketeers and Stephen Sondheim’s Sunday in the Park with George are some of his plays in off-Broadway plays.

-He debuted on TV with the movie, My Sweet Charlie as a local. After the actor appeared in various TV series and TV movies. Some of them include Night Court, Mama’s Family, and Family Sins. However, he was recognized as an actor by the TV series, Star Trek: The Next Generation. He was associated with the show for 7 years and 176 episodes.

-1996- Independent Day was one of the milestones of his career. In the movie, he played the character of Dr. Brakish Okun along with the actors including Will Smith, Bill Pullman, and Jeff Goldblum. The movie won Oscar for Best Visual effects and was nominated for the Oscar for Best Sound.

– In the same year, he appeared in Star Trek: First Contact as Data along with the actors like Patrick Stewart, Jonathan Frakes, and LeVar Burton. It was also nominated an Oscar for best makeup.

– In 2016, he reappeared in the Independence Day: Resurgence as Dr. Brakish Okun again. The movie won the Jupiter Award for the best international film.

What are the body stats of Brent Spiner?

Brent Spiner has blue eyes with light hair. His height is 5 feet 11 inches and has an average weight.