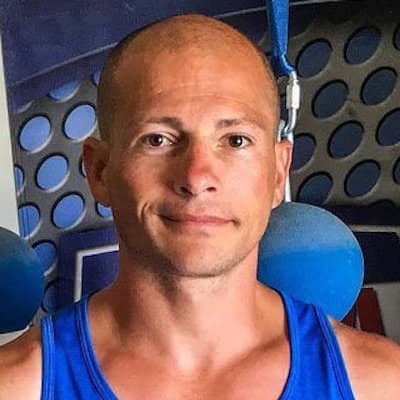 Brent Steffensen at present is in a relationship. He is currently romancing Emma Peterson and they will soon welcome their first child.

In an Instagram picture shared by him in July 2021, one can clearly see his love partner’s baby bump.

But in the past, he was dating a girl named Kacy Catanzaro who is a gymnast. His ex-girlfriend was also seen in American Ninja Warrior.

Who is Brent Steffensen?

Brent Steffensen is an American stuntman and TV personality. He is popular for appearing in several seasons of American Ninja Warrior.

His birthdate is 18 July 1980 and he was born in San Antonio, Texas, the US. The name of his mother plus his father is under the rug.

Brent’s ancestry is Caucasian and regarding his academics, the details are not revealed.

Brent Steffensen is a popular face of the entertainment world as he is a stuntman, fitness model, and acrobat.

As of 2021, he has an estimated net worth of around $500k US. The yearly salary from his acting journey is under the rug.

He is the owner of the company Alpha Warrior that was founded by him.

This American Ninja Warrior famed star is keeping himself away from rumors and desperate scandals.

Brent Steffensen’s height is 5 ft 9 inches and his body weight is average. In addition, his eyes are light brown and he has hair in black color.

Brent is available on social sites such as Facebook with over 22k followers. Also, on Instagram and Twitter, he has more than 50k and 19k followers respectively.