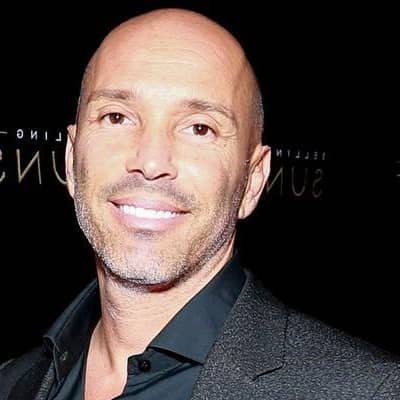 Brett Oppenheim hasn’t married yet. In April 2021, he revealed his relationship with an Australian model, Tina Louise via Instagram.

Recently, the beautiful couple was seen filming a scene for his hit Netflix shoe Selling Sunset in Los Angeles.

Previously, he has been in a relationship with Katya.

Who is Brett Oppenheim?

Brett Oppenheim is an American estate agent, lawyer, and businessperson. He is the president and broker of Oppenheim Real Estate.

Oppenheim is a famous star of the hit Netflix Original Series Selling Sunset.

Brett was born on the 12th of April 1977, in Palo Alto, California. According to his birthdate, he is 44 years old. His Sun sign is Aries.

The name of his parents is Bennett Oppenheim (father) and Deborah Oppenheim (mother). He has a twin brother Jason Oppenheim. The Oppenheim brother has carried on their family business as the premier luxury real estate brokerage firm in the LA area.

Real estate is in the Oppenheims’ blood. In 1889, their great-great-grandfather Jacob Stern moved to Hollywood and became one of the preeminent real estate entrepreneurs of early Los Angeles with his company The Stern Realty Co.

Further, he holds an American nationality and he is of Jewish-Germanic ethnicity.

Brett attended the University of California in Berkeley from where he received a degree in Phi Beta Kappa and the Highest University Honors. Similarly, he is a UCLA Merit Scholar and a graduate of UCLA School of Law.

After graduation, Brett joined his brother, Jason’s company, The Oppenheim Group Real Estate as the Senior Vice President in 2015. He has sold and brought different luxury properties around the USA.

Besides, he is best known for appearing on Netflix drama series named “Selling Sunset” alongside his twin brother Jason. Similarly, he has appeared in many reality and talk shows including TED Talks. In the year 2020, Brett left The Oppenheim Group and started his own firm called Oppenheim Real Estate.

The firms represented buyers and sellers of luxury residential properties. Also, the organization was formed to seek to end poverty and provide employment opportunities for underprivileged people. Previously, he worked as a securities litigation attorney at top law firms including Skadden Arps LLP and Lathan & Watkins LLP.

Furthermore, he has been a guest speaker at various nations’ leading corporations and preeminent universities.

To date, Brett has managed to maintain a clean profile. he hasn’t been involved in any sorts of rumors and scandals that create a huge buzz in the media.

Brett is one of the region’s highest-producing agents. He has amassed an impressive amount of wealth throughout his multiple careers as a real estate broker, lawyer, and reality tv star.

As of 2021, he has an estimated net worth of $50 million. However, his salary and other earning are still under review.

Brett stands at the height of 5 feet 6 inches tall. His weight is around is about 68 kg. Likewise, he has a brown pair of eyes color and he is bald. His shoe size is 7.