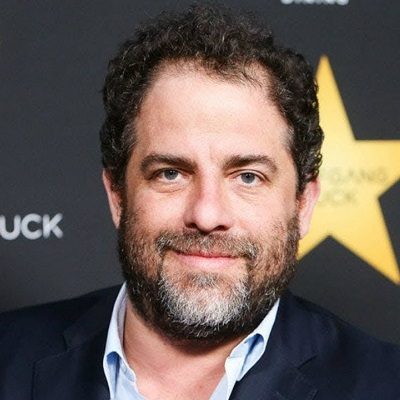 There's no difference between a tacky Jew from Miami and a rap star. They both want the Cadillac and the Rolex with the diamonds.

Why do I need final cut? Final cut is for artistes quote unquote -- directors whose movies don't make a lot of money. Maybe Scorsese should have final cut because a guy like Harvey Weinstein or a studio might change it to make it a little more accessible or a little more commercial and he has a vision of what he wants it to be. He wants it to be four hours long or whatever.

In an action movie, I don't want to move the camera too much, because the movement should be within the frame. The same goes for comedy. You don't want to push in for a joke

it's plenty in a medium shot. Watch my jokes, they're never in close-up. If the audience feels the camera, it's horrible.

Last on the 13th of August 2020, he shared an emotional post on Instagram where he shared his love story with the actress and model, Rebecca Gayheart. In the post, he mentioned that Rebecca happens to be the first girlfriend of him with whom he made when he was 17.

At the time, he was pursuing his dream as a director at NYU whereas, Rebecca was there of becoming an actress. Also, he mentioned that he was in love with the actress in the first slight. Later, he came together in a relationship for thirteen years and broke up with each other. Despite that, they have always remained good friends with each other.

In the post, he also mentioned that the actress happens to be one of the closest people who were there to support him at each step in his life. Also, he considers her as a family member. More than that, she calls the daughters of Rebecca; Billie, and Georgia as his goddaughters too.

Who is Brett Ratner?

American Brett Ratner is an Emmy Award-winning director and producer. He is renowned as the director of the movies including Rush Hour and X-Men: The Last Stand.

Last, in 2019, he produced the movie, the biographical-drama, Georgetown.

Brett Ratner was born on the 28th of March 1969 in Miami Beach, Florida in a middle-class Jewish family. He is of Ukraine ethnicity.

Along with his parents, Fanita and Mario Presman migrated to the United States in the early ’60s. He has a younger brother, Max. Max is the board member of the Chrysalis.

Talking about his educational background, he completed his elementary education from Rabbi Alexander S. Gross Hebrew Academy in Miami Beach.

Later, he moved to Israel to complete his High School Education from Alexander Muss High School. Moving forward, he graduated from the Miami Beach Senior High School in 1986. Later, in 1990, he earned a bachelor’s degree from Tisch Schools of the Arts from New York University.

During the second year of University, he worked as the manager and executive producer of the rap group, Big Man On Campus. During the university days, he launched his debut short movie, Whatever Happened to Mason Reese?

In the initial days, Brett Ratner used to direct short videos. Later, in 1997, he took his first step towards the motion picture with the movie, Money Talks. The following year, he directed the movie, Rush starring the actors like Jackie Chan and Chris Tucker. Moving forward, he continued directing the short video.

However, he got noticed as a director with the movie, The Family Man. After that, he gave back to back hits like Rush Hour 2 and Red Dragon. Such movies made him one of the renowned directors in the film industry. Moving forward, he directed movies like Tower Heist and Hercules.

As a producer, he debuted with the short movie, Whatever Happened to Mason Reese in 1990. After that, he got associated with many short movies as an executive producer. However, he came in the spotlight with he produced the TV series, Prison Break.

Later, the produced the series including Chaos and Women’s Murder Club. In December 2012, he founded the production company, RatPac-Dune Entertainment along with the Australian billionaire business personality, James Packer.

Along with the production house, RatPac has financed more than 50 movies with more than 51 Oscar nominations. Some of the productions include movies like Gravity, X-Men: The Last Stand, In Time, and Parental Guidance.

In September 2013, the production house signed a multi-year contract with Warner Bros. Along with Warner, Ratpac co-produced around 75 movies. However, the partnership broke up due to Brett’s sexual harassment case.

Brett Ratner has blue eyes with black hair. He stands at a height of 5 feet 8 inches and weighs around 90 kg.

At the same time, six other women accused him of sexual harassment and assault. The list includes the actresses Olivia Munn and Natasha Henstridge. Due to such allegation, he lost $450 million co-producing deal with the multinational media house, Warner Bros.

You may also read the bio of John Crowley, Ashley Biden, and Dan Finnerty.