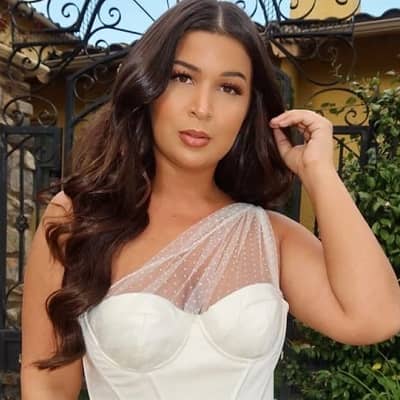 Bri Martinez is in a relationship with a famous YouTuber Kristopher London. This couple often shares pictures, and videos on social media.

Who is Bri Martinez?

Bri Martinez is an American YouTuber, TikToker, and social media personality. She is best known for her vlogs on YouTube and her posts on TikTok and Instagram.

This star was born on March 4, 1994, in Portland, Oregon. She belongs to Spanish descent.

She hasn’t shared details about her father, mother, siblings, and education as she likes to keep her personal life far from the media.

Bri Martinez began using social media from an early age. Earlier, she got huge popularity as a girlfriend of YouTuber Kristopher London. Afterward, she started her own YouTube channel.

She joined YouTube on January 14, 2017. Martinez uploads her day to day life videos, travel, and fashion vlogs on her channel. She also promotes fashion brands on this platform. She has over 553 K subscribers on YouTube.

She has more than 319 K followers on Instagram. On Instagram, she shares her fashionable and trendy outfits and modeling photos.

She also posts pictures with her boyfriend Kristopher London, who is a famous YouTuber.

Bri is a trending girl on TikTok and has an account in it. She is famous for her comedy video clips, duet, lip-sync, and dancing videos on this platform.

She usually makes videos with her boyfriend and friends. The maximum views on her video on this platform is 3 million. She has over 185 K followers on TikTok and total likes on her TikTok is 2.5 million.

Her estimated earnings per post on TikTok is $188. Meanwhile, according to some sources, she has an estimated net worth of $500,000.

There are no rumors and scandals of this web star. Meanwhile, she has managed to keep herself out of any rumor and controversy. Martinez is doing well in her career.

Bri Martinez stands at a height of 5 feet 11 inches with a weight equivalent to her height. Likely, she has black hair and light brown eyes.