Bria Myles is an American model, actress, and dancer. She became famous after her relationship was cut-off with the famous American rapper, Drake. She is possibly single. 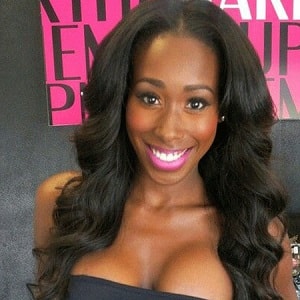 Is Bria Myles dating anyone?

She dated famous American rapper Drake from 2008-2009 and they separated.

She was in a relationship with American actor Laz Alonso in 2011 and with Finnish-Canadian business executive, Peter Nygard.

Who is Bria Myles?

Bria Myles is an American model, actress, and dancer.

She became famous after her relationship was cut-off with the famous American rapper, Drake.

She was born on May 21, 1984, in Los Angeles, California. Her birth sign is Gemini. She holds American citizenship and she has Trinidadian and Guyanese descent.

Bria has not revealed information about her childhood and about her family.

She attended Fairfax High School and San Diego State University. Apart from that, she has not revealed her educational history.

Bria Myles was very much interested in dancing and modeling from an early age.

She followed her dreams and appeared in the Rhymefest and Kanye West video titled ‘Brand New’, followed by Twista’s video of the song titled ‘Girl Tonight’. She made her appearance in Nelly Furtado’s music video, ‘Promiscuous’.

She appeared on the cover of King Magazine in June 2006 and made her appearance in magazines including ‘Blackmen Magazine’, ‘Smooth Magazine’, and ‘XXL Magazine’.

She has an estimated net worth of around $250 thousand as of 2022, and her main source of income is from her professional career. Her income and salary are under review.

She has not been engaged in any rumor, controversy, and scandal neither in her professional life nor in her private life.

MAFS’ Briana Myles and Vincent Morales are Going to Be Parents Soon!

Know the backstory and more about World of Dance contestant Briar Nolet!