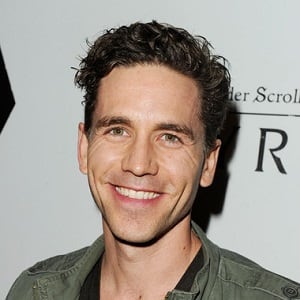 What is the relationship of Brian Dietzen?

Brian Dietzen is a married man. He is married to Kelly Scoby. They married in the year 2004.

He and his wife have two children from this marriage. Dietzen’s marriage is going strong as there is no news regarding any extramarital affairs at present.

Who is Brian Dietzen?

Brian Dietzen is an American actor. People mostly know him for his role as Dr. Jimmy Palmer on ‘NCIS’.

Additionally, he has also appeared in other movies like ‘Karaoke Man’, ‘Congratulations’, and ‘Seymour Sally Rufus’ among others.

Dietzen was born in Barrington, Illinois on November 14, 1977. He moved to Colorado as a child. There is not much information available about his father, mother, and childhood at present.

He is of American nationality. Furthermore, he belongs to a mixed ethnic background of German, English, Irish, and Danish.

Talking about his education, Dietzen attended the University of Colorado at Boulder’s Bachelor of Fine Arts program.

Dietzen initially appeared as David Caplan in the TV series ‘Boston Public’ in 2002. Additionally, he also played Owen in another TV series ‘My Guide to Becoming a Rock Star’ in the same year. In 2003, he played Eddie in ‘From Justin to Kelly’.

Some other movies and television series that Dietzen has appeared in are ‘NCIS: New Orleans’, ‘Perception’, ‘NCIS: Special Agent DiNozzo Visits Dr. Phil’, ‘Seymour Sally Rufus’, ‘Nowhere to Hide’, ‘Destined to Fail’, ‘Hit Factor’, ‘Self-Inflicted’, ‘Purgatory House’, and ‘One on One among others. Furthermore, Dietzen also has 2 credits as a producer.

Dietzen garnered the FilmQuest Cthulhu nomination in FilmQuest for his performance in ‘One-Minute Time Machine’.

Dietzen has not revealed his current salary. However, he has an estimated net worth of around $ 2 million as of 2022.

Dietzen has not been part of any notable controversies in his career. Furthermore, at present, there are no rumors concerning his life and career.

Talking about his body measurement, Brian Dietzen has a height of 6 feet (1.83 m). Additionally, he weighs around 74 kg. Furthermore, his hair color is dark brown and his eye color is hazel.

This actor is active on social media. He has a huge number of followers on social networking sites, Twitter, and Instagram. He has more than 200k followers on Twitter.

In addition, he has more than 34k followers on Instagram.