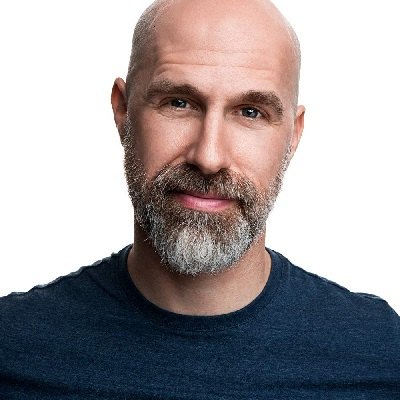 What is the relationship of Brian Gallagher?

Brian Gallagher’s current relationship status is possibly single. Till date, he has not introduced anybody as his wife or partner.

Also, he has not shared any details on his previous relationship and dating history. Possibly, the actor is waiting for the love of his life.

Why is Brian Gallagher?

Brian Gallagher is an actor, director, producer, and writer. He is renowned as Zac of Outsiders.

Last, in 2020, he appeared in the comic animated movie, Stealing a Survivor as Avery Masterson.

Next, in 2020, he will be appearing in the movie, Sno Babies as Jimmy. His short movie, Vault completed and waiting for its date to be the release date.

Also, his upcoming movies; Errand Boys and The Retaliatores are in the stage of being post-produced. In the movie, The Retaliatores, he will be portraying the character of a police officer.

Brian Gallagher was born on the 15th of December 1972 in Pennsylvania, USA. He is of Irish ethnicity. As of September 2020, he is 47 years old. Also, his zodiac sign is Sagittarius.

Till date, he has not shared any details on his family background including his father, mother, and siblings. Also, details on his academics are not available.

Brian Gallagher started his career as an actor in the mid-2000. In 2005, he stepped into the TV industry with the series, Health Flavors. In the series, he appeared in the character Buster that was limited to a single episode.

Moving forward, he featured in the movie, Wobble: The Weight of the Truth as William O’Brien. After the movie, he appeared in various movies in some minor and supporting characters. His movie list includes movies like Miss December, Carl, Booted, Camp Dread, and Time. Without a doubt, he became a popular face in the industry.

However, he got widely recognized with the series, Outsiders. In the crime based drama, he portrayed the character of Zac. Subsequently, he appeared in movies like The Upside, Backfire, The Public, and Dark Waters. As of now, he is busy with his upcoming projects like The Retaliators and Errand Boys.

After a successful career as an actor, he expanded his career in filmmaking too. In 2011, he entered in the production sector with the movie, Booted. Following the movie, he produced the movie, Camp Dread.

Subsequently, he was associated with the shorts like Hold Up, First Date, Bandaids, and 11th Hour as an executive producer. On the other hand, he also happens to be the director and writer of those shorts.

Besides that, his earnings as a director, he makes in the range of $33k to $141k. Apart from that, he also earns through his production works too. Also, his net worth is attributed to his career as a writer.

Till the date, he has not been part of any sort of controversy and scandals that created headlines in the media. Also, he has been involved in any type of rumors.

Brian Gallagher has blue eyes with a clean shaved head. He stands at a height of 6 feet and has a decent weight.

Talking about his appearance, he has sharp look with an oval-shaped facial structure with strong and definite jawlines. Also, he prefers to have grown facial hair.

You may also read the bio of Carey Hart, Lara Trump, and Christopher James Evans.