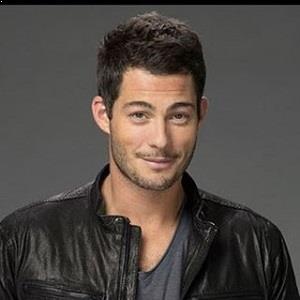 Brian Hallisay is a married man. He began dating co-star Jennifer Love Hewitt in March 2012. The pair engaged in June 2013.

His wife is pregnant with her third baby which she revealed on 18th May 2021. Their third child, a son named Aidan James was born on September 2021.

Furthermore, the marriage is going strong as there are no extramarital affairs at present.

Who is Brian Hallisay?

Brian Hallisay is an American actor.

People recognize him for his television roles as Will Davis in the TV series ‘Privileged’ and also Kyle Parks in the drama series ‘The Client List.

Additionally, he has also appeared in the TV series Revenge’.

He became interested in acting at an early age and always wanted to become an actor since his childhood years.

He is of American nationality. Furthermore, his ethnicity is Caucasian.

Talking about his education, Hallisay attended and graduated from Gonzaga College High School in 1996 at the age of 18.

Later, he moved to Cornell University and graduated in 2000. He has a degree in Economics and History from Cornell.

Hallisay initially worked on Wall Street. Later, he decided to pursue his career in acting. In 2005, he appeared in the TV series ‘The Inside’.

Since then, he has appeared in numerous other movies and television series. All in all, he has over 25 credits as an actor.

Some other movies and television series that Hallisay has appeared in are ‘NCIS’, ‘Code Black, ‘Major Crimes’, ‘Revenge’, ‘American Sniper, ‘Jessabelle’, ‘Mistresses’, ‘The Client List’, ‘Body of Proof’, ‘Ringer’, ‘Awakening’, ‘Rizzoli & Isles, ‘Love Bites’, ‘Hollywood Is Like High School with Money’, ‘Eastwick’, ‘Privileged’, ‘Medium’, ‘Bionic Woman, ‘Bones’, ‘CSI: NY’, ‘A.K.A.’, ‘Without a Trace’ and ‘Cold Case’ among others.

Hallisay has not revealed his current salary.

However, he has an estimated net worth of around $2 million at present.

Hallisay became part of a controversy after he was filed with charges by a photographer.

Additionally, he was accused to have gotten physical with the cameraman.

Furthermore, there are no rumors concerning his life and career at present.

Talking about his body measurement, Hallisay has a height of 6 feet 2 inches (1.88 m).

Additionally, he weighs around 77 kg. Furthermore, his hair color is dark brown and his eye color is green.

Similarly, his Facebook page has more than 2.5k followers.