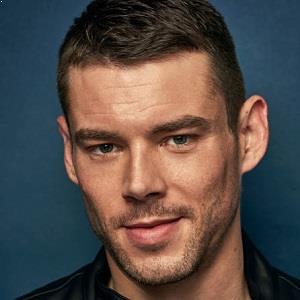 You're not supposed to do a television series that takes place in nine cities all over the globe. Everyone will tell you that that's undoable.

As storytellers, we tend to want to force-feed everything and have everybody understand everything right away, and we freak out if they don't.

When you have 12 hours of storytelling, the cool thing about it is that you get to really leave people with question marks, but hopefully wanting to come back.

Brian J. Smith Sexuality? Who is he dating now?

Brian J. Smith is rather secretive about his love life. There are no records of his past and present relationships. At present, he is believed to be single.

He has announced that he is a homosexual man.

Who is Brian J. Smith?

Brian J. Smith is an American actor. People know him for his role as Trey in the film ‘Hate Crime’ and Lt. Matthew Scott in the television series ‘Stargate Universe.

Additionally, he also portrays the role of Will Gorski in the series Sense8’. He will be seen in a movie named The Matrix 4.

Smith was born in Dallas, Texas on October 12, 1981. He grew up in Texas and later moved to New York City.

Although he did not plan to become an actor when he grew up, the world of acting always intrigued him when he was young. He is of American nationality. Furthermore, his ethnic background is Caucasian.

Later, he also attended Stephens College in Columbia for a year. Eventually, he graduated from the Juilliard School with a Bachelor of Fine Arts degree.

Smith initially worked as a theatre technician. Later, he decided to pursue a career in acting. In 2005, he appeared in the independent film ‘Hate Crime’ as Trey McCoy.

Next, in 2009, he appeared in the TV series ‘Law & Order. In the same year, he also appeared in ‘The War Boys as George and ‘Red Hook’ as Chappy.

Similarly, Smith portrayed the role of Hector MacQueen in the TV series ‘Agatha Christie’s Poirot’ in 2010. Since then, he has appeared in numerous other movies and television series. All in all, he has over 20 credits as an actor.

Smith has appeared in other numerous movies and television series including ‘The Passing Season’, ‘Quantico’, ‘Unforgettable’, ‘Defiance’, ‘Blue Bloods’, ‘Person of Interest, ‘The Good Wife’, ‘Coma’, ‘Warehouse 13’, ‘Gossip Girl, ‘Red Faction: Origins, and ‘SGU Stargate Universe Kino’ among others. Additionally, he has performed in several theatres

works such as ‘Come Back, Little Sheba’, ‘The Glass Menagerie, and ‘Sweet Bird of Youth’.

In 2021 he portrayed the cast of Berg in The Matrix Resurrections, an American science fiction action film.

Smith won the Elliot Norton Award in 2013 in the category of Outstanding Ensemble for ‘The Glass Menagerie.

Additionally, he also won the Outer Critics Circle Award in 2014 for the same play in the category of Outstanding Featured Actor in a Play. Furthermore, he has also won the BroadwayWorld.com Award.

Smith has not revealed his current salary. However, he has an estimated net worth of around $2 million as of 2022.

There are rumors floating around that Smith is gay when he was seen locking his lips with Max Riemelt, a German actor.

However, Smith himself has not confirmed the rumor to date.

Furthermore, he has not been part of any notable controversies to date.

Brian is active on social media. He has a huge number of followers on social networking sites such as Twitter and Instagram.