Brian Kennedy is openly gay. He comes out as gay in the year 2009. His relationship status is a mystery. He hasn’t revealed anything about his love life in the media.

In the upcoming days, if he disclosed anything about his love life then we will definitely update it. 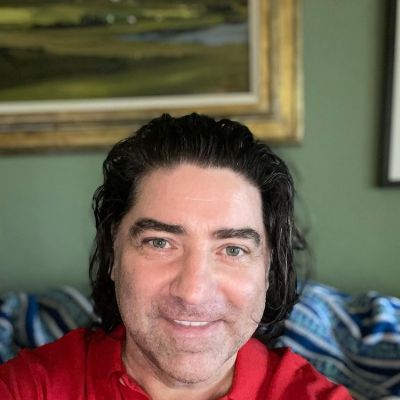 Who is Brian Kennedy?

Brian was born on the 12th of October 1966, in Belfast, Northern Ireland. His full name is Brian Edward Patrick Kennedy.

Brian is the son of Jim Kennedy (father) and Lily Kennedy (mother). He had an older sibling named Bap Kennedy who was also a singer and songwriter. Bap passed away on November 1, 2016, in Belfast in hospice care from pancreatic and bowel cancer.

His academic background is under the curtains at the moment. Further, he holds dual citizenship of Irish and British. His ethnicity is unknown at the moment.

In 1988, Brian made his debut as a chorus on the recordings of Van Morrison. He appeared as a back singer in Van Morrison’s number of albums such as A Night in San Francisco, Days Like This, The Healing Game, Back on Top, and several live concerts.

In March 1990, he released his debut album, The Great War of Words under the RCA label. The album featured the lead single “Captured” which was a minor hit in both the UK and Irish charts.

The following year, he formed the duo named Sweetmouth alongside Mark E. Nevin and released their first album, ‘Goodbye to Songtown’ in August 1991.

Aside from acting, he launched his first book named The Arrival of Fergal Flynn in 2004. He was awarded an honorary degree of Doctor of Letters by the University of Ulster.

In late June 2021, Brian suffered a major heart attack. He also suffered from Osgood-Schlatter disease in each leg during his childhood. In 2016, he revealed that he was battling rectal cancer.

In September 2021, he tested positive for COVID-19 and was doubly vaccinated which helps to recover fully at home.

Brian is active in the Music industry since 1988. He might have earned an impressive amount of wealth from his singing career.

Brian has a decent height with an average weight. However, the exact measurement of his height and weight aren’t available in the media.

Further, he has a grey pair of eyes and black hair color.

He has also shared his email id [email protected] for any business inquiries.