Who is Brian Kleinschmidt is married?

Brian Kleinschmidt is married to Mika McGee Kleinschmidt, an American Television personality. She is his second wife of Brian. Brian met Mika at Riverview High school he knew that she was the one but didn’t dare to date her until when they met as an adult.

In 2011, the two reunited when Mika was a manager at the gym and she was a competitor for Brian’s gym.

However, he asked Mika to manage his gym and Mika also agreed instantly. In 2013, Brian proposed to Mika since they began dating each other. The pair tied the knot in October 2015.

The couple adopted a child name, Jade Kleinschmidt. On February 20th she celebrates her birthday and as of now, she is 11 years old.

Brian Kleinschmidt is previously married to Ericka Dunlap, the First African American woman in Miss Florida, 2003. They met each other at a leadership Seminar at the university of central Florida. They participated in The Amazing Race in season 15 as a duo. The pair married in 2007. However, the couple divorced in 2011. 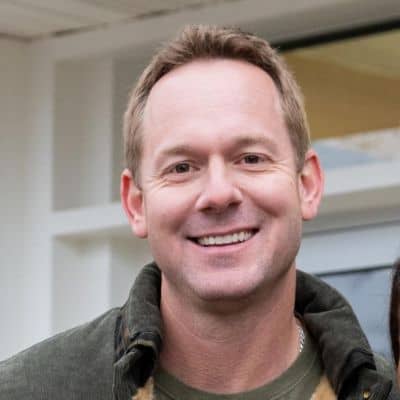 Who is Brian Kleinschmidt?

However, his brother’s name is still unknown yet.

Kleinschmidt studied at Riverview High school. Later, he went to the University of Central Florida where he studied radio and television programming. However, he graduated in sports entertainment marketing. He holds American nationality and belongs to the Caucasian ethnicity.

Brian debuted as a contestant in The Amazing Race(Tv series)in 2009. In 2015, he appeared as a self-Entrepreneur in Shark Tank (TV Series). Similarly, in the same year, he cast 100 Day Dream Home (TV Series).

However, he sold his first gym in 2016. Besides that, the second gym which is at Boyette Road is ranked 18th out of 3500 Anytime Fitness Franchises.

Similarly, 100 Day Dream Home from Demo to Dream Home(TV Series)is also cast by him in 2021. In the same year, he cast Rock the Block(TV series) as well. As of 2022, Brian is casting Celebrity Page(TV Series).

Brian’s net worth has been estimated at around $1.5 million to $5 million. Although he is living lavishly he hasn’t revealed any details regarding his salary and income.

Till now, the reality star Brian has not been involved in any kind of controversy and rumors. Brian has been able to maintain his profile clean among the public.

Brian stands at the height of 6 feet 3 inches with 84 kg weight. He has black eyes with brown hair. However, he hasn’t disclosed any details about his dress and shoe size.