Brian McFadden is a singer-songwriter and TV presenter. He is a father of two kids.

Brian McFadden has been married twice in his life and is currently dating Danielle Parkinson. She is a PE teacher and this couple from dating since 2016.

They are now engaged. Their engagement news was announced in late 2019.

His first wife was singer Kerry Katona. They got married on 5 January 2002. The couple had two daughters together named Molly Marie McFadden and Lilly-Sue McFadden. They divorced in 2006.

Then he got married for the second time to model Vogue Williams on 2 September 2012. They separated in 2015 and they are processing divorce. 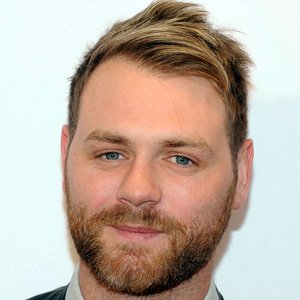 Live life today and deal with tomorrow when it comes!

When I was at school I got lines for dropping a big squelchy, loud fart. My teacher, who was a priest, made me write 'I must not fart in class' 100 times. I left that school shortly afterwards

I'll know I'm famous when I have five Ferraris, seven houses, Cameron Diaz on my arm and a little man following me with a huge bag of money.

Who is Brian McFadden?

Brian McFadden is an Irish singer-songwriter and TV presenter. He rose to fame in 1998 as a member of the Irish boyband Westlife.

He is also famous as a former judge on Australia’s Got Talent. McFadden also pursued a successful solo career with several #1 hit songs, including “Real to Me” and “Almost Here.”

Brian was born on 12 April 1980, in Artane, Dublin, Ireland. His full name is Brian Nicholas McFadden. He is the son of Mairead McFadden and Brendan McFadden.

He has a sister named Susan McFadden, who is an actress and singer.

Along with his sister Susan, McFadden attended the Billie Barry Stage School in Dublin. Throughout his younger years, he always had an interest in singing, dancing, and football.

His nationality is Irish and he is of Irish ethnicity.

Brian McFadden began his career as a child doing stage and TV roles, including a role in the Irish TV show Finbar’s Class when he was attending Billie Barry Stage School in Dublin. In June 1998, he auditioned for the Irish male band Westlife, and eventually both joined the group alongside Kian Egan, Mark Feehily, and Shane Filan.

With McFadden as part of the group, Westlife released their first single, Swear It Again. Before launching his solo career he co-wrote the song If My World Stopped Turning. He left the band in 2004.

Following his departure from Westlife, McFadden signed to major record label Sony BMG. In September 2004, he released his debut solo single “Real to Me”, which became his first solo No. 1 single in Britain, Ireland, Denmark, and Norway.

His second single and the title track, “Irish Son”, peaked within the top 10 in several countries. In 2008, he took on the role of television presenter as a co-host of the Football Superstar in Australia. He reprised his role for the second season in 2009.

In August 2009, he appeared as a guest judge on Australian Idol. He began hosting the daytime ITV series Who’s Doing the Dishes? in September 2014. In 2016, he participated in the third series of The Jump on Channel 4. He was the fourth celebrity to be eliminated from the show.

He has a net worth of 18 million dollars as of 2022. But his salary and other incomes are not disclosed.

Rumors were that Brian is homophobic. In August 2008, GayNZ.com drew attention to remarks about gays and lesbians McFadden made while he co-hosted the breakfast show on More FM in Auckland, New Zealand.

He later denied he was homophobic, saying through his publicist that his comments had been “taken out of context”. Currently, there are no desperate rumors regarding his personal and professional life.

Brian McFadden has a height of 6 feet 2 inches tall and weighs 75 kg. He has dyed blond hair color and blue eyes colors. His dress size and shoe size are unknown.

You may also like to read Michele Tafoya, Lindsay Rhodes, and Scott Van Pelt.

Kerry Katona, the singer: her Maldives getaway and the engagement!