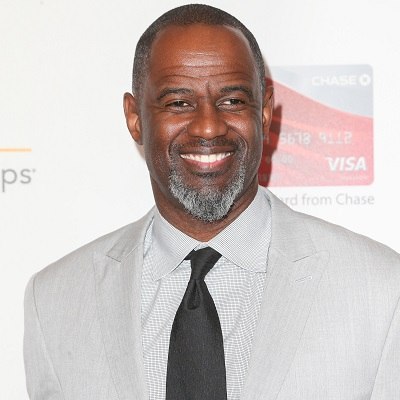 Previously, Brian was married to his college girlfriend, Julie McKnight, in 1990. Julie is also a singer and songwriter. Together, they have four children.

Three of them are son, Brian, Niko, and Clyde McKnight and one is daughter, Briana McKnight.

They could not continue their relationship so, they divorced in 2003.

Who is Brian McKnight?

As of November 1, 2019, his song the Neva Get Enuf Of U, was released in his own youtube channel.

His grandfather was a priest of the church and his mother used to play piano and sang a song in Buffalo’s Emanuel Temple.

At an early age, he starts singing when he became a member of his church choir.

His career began in 1990 when his band, Take 6, signed a contract with Warner Brothers.

He also signed a deal with Mercury Record and Wing Record for the record of his solo tracks.

In 1992, the first self-titled album was released. It reached the fifty-eight position in the Billboard 200 chart.

Furthermore, he released two more albums from Mercury in 1995, I Remember You and in 1997, Anytime.

His album Anytime was sold over two million copies and was nominated for a Grammy award.

In 1998, McKnight signed with Motown records. His first released album from Motown Records is Bethlehem, which is not much successful and the second released album is Back at One. His second album sold over three million copies and also was the album which reached the Top 10 on the Billboard 200 albums chart.

In 2005, McKnight signed a contract with Warner Bros Records. As of December 2006, he released his eighth studio album, Ten.

In 2006, he provided a soundtrack for the movie called Used to Be My Girl and What’s My Name.

McKnight hosts a radio show, The Brian Mcknight Morning show from 2006 to 2010.

On August 25, 2017, McKnight released the album Genesis and later in January 2018, Brian was nominated for the two NAACP Image Awards.

In 2018, he announced that his album titled, Bedtime Story will be released.

His religious fans were upset because of McKnight’s x-rated song titled ‘If You’re Ready to Learn’. On Twitter, one of his fans asked him that he is really raised in the Seventh-day Adventist Church or not. McKnight replied that Religion was made by man. Later, he had to remove this music video from YouTube.

McKnight’s net worth is approximately $10 million US.

The Musician’s average salary is around $44 k US.

Brian has a clean-shaved head and dark brown eyes. His height is 6 feet 4 inches and weight is 95 kg.

Brian has an Instagram with 264 k followers on it. He has posted more than 1.3 k posts on his Instagram wall.