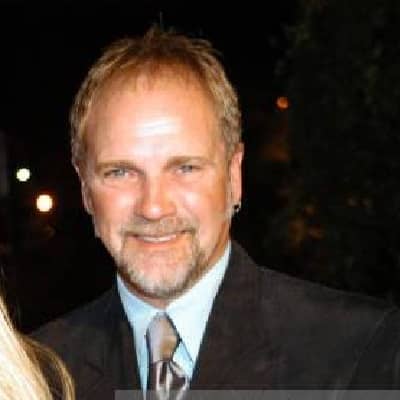 “Whenever I’m asked what my favorite song is that we’ve ever recorded, my usual response is whatever the current single is. But on this new album, I do have a favorite. “I Believe” just absolutely kills me. The melody is so beautiful, and it’s one of Marty’s best vocal performances, ever.”

Brian Prout is a married man. He exchanged vows with Stephanie Bentley on 28 Dec 2001. His wife is a composer.

In 2002, this couple welcomed their first child, a daughter, Lily Kay Arlina. Then in Jan 2005, they were blessed with twins.

At the time of birth, their son Bentley Harrison was 2lbs, and their daughter, Sophie Elizabeth was also 2lbs weight.

Who is Brian Prout?

Brian Prout is an American musician and actor. He is a drummer who is associated with a band named Diamond Rio.

He was also seen in a TV movie Nashville Beat in the year 1989.

He was born as Brian Phillip Prout on 04 Dec 1955 in Troy, New York, USA. The names of his father and mother are not yet disclosed.

But he has a sister named Lori.

Moreover, his ethnic background and academics are also behind the curtain.

Brian Prout is an amazing drum player. He is currently playing with a country music group Diamond Rio which he joined in 1987. This group has released several music albums.

In 1991, they came out with their first album Diamond Rio. Then in 1992, their next album Close to the Edge was released. In 1994, 1998, and 2001, their musical projects Love a Little Stronger, Unbelievable, and One More Day came out respectively.

This band was formed in 1982 and its current members are Dan Truman, Marty Roe, Jimmy Olander, Gene Johnson, and Dana Williams.

This drummer is keeping himself away from rumors. He is also away from any desperate scandals.

Regarding Brian Prout’s body features, his height and his body weight are in average size. Looking at his pictures, the color of his eyes is blue and his hair is grey in color.