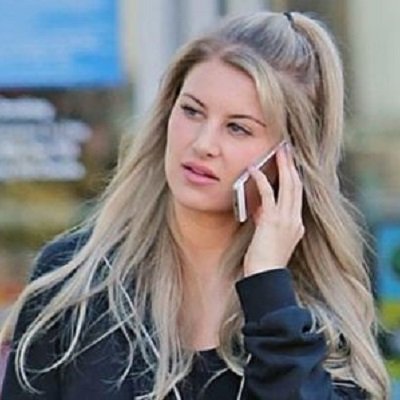 However, in 2019, Briana’s Instagram (brianasrealaccount) shows that she is in a romantic relationship with another guy.

Previously, Briana was in a relationship with Louis Tomlinson, who is a member of the former band One Direction.

Together, they have a son, Freddie Reign Tomlinson. Freddie was born in January 2016. He also has an Instagram fan page account with id freddie_reign_tomo and has 1.4 k followers.

He has a long-term relationship with Eleanor from the start of his career. He broke up with Eleanor in March 2015. Later they hooked up again in January 2017.

Who is Briana Jungwirth?

Brian Jungwirth is an American Stylist.

She is well known after becoming pregnant with the child of Louis Tomlinson, who is one of the members of the former boy band One Direction.

Briana Jungwirth was born on January 26, 1992, in Calabasas California, United States, to Tammi Clark and Joe Jungwirth. Her birth sign is Aquarius.

She has siblings brother Austin and stepbrother, Brett Clark. She used to live in Los Angeles, near her family and help with childcare duties.`

Her mother Tammi, is a former bikini model and known as an actress for her work in the movie Baywatch.

Her father Joe, is a construction manager.

In 2010, she graduated from Agoura High School, California, United States.

When Briana gave birth to Freddie, from the relationship with Louis. Then Louis looking for their joint custody of their baby. After that, they split fifty-fifty of their time for the kids. Louis tangled in custody for many times for his son Freddie. In January 2017, they both appeared as celebrated their son’s first birthday.

Briana’s net worth is approximately $500 k US.

The Personal Stylist average salary is around $42 US k per year.

Briana has dark brown eyes and blonde hair. Her height is 5 feet and 5 inches and weight is 54 kg.

Briana has 480 k followers on Instagram and about 13 posts have already been published on her Instagram wall.

Briana has around 22.8 k followers on Twitter. She joined Twitter in July 2015 and tweeted around more than twenty thousand tweets.