Bridget Moynahan is an American actress and model. Bridget is married and a mother of John. 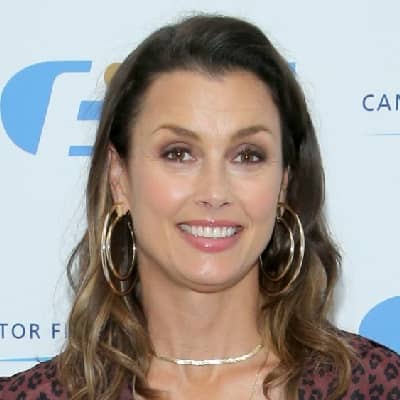 I want to be a single mom.

Are you trying to manipulate me? It's working

Everyone says, 'You give birth, you go home, and you have this amazing baby and it's just beautiful'. And I walked in and I just started sobbing.

Before, Bridget was dating an American footballer Tom Brady in 2004. Though they broke up in December 2006. The couple also had a child named John Edward Thomas Moynahan who was born in August 2007.

Who is Bridget Moynahan?

Bridget Moynahan is an American actress and model. She is best known for her role in the police drama Blue Bloods.

Her father’s name is Edward Bradley Moynahan who is a Scientist & former administrator at the University of Massachusetts Amherst. Likely, his mother’s name is Mary Bridget who is a former school teacher.

She has a younger brother, Sean Moynahan, and an older brother Andy Moynahan. She holds an American nationality and is of Irish American ethnicity.

Bridget attends Longmeadow High School in Massachusetts from where she completed her graduation in 1989.

She also went to the University of Massachusetts Amherst.

Bridget Moynahan started her modeling career after completing her study. She had gone to an interview to accompany her friend in an audition, where she was instead hired.

Firstly, she appears in a department store catalogs in Springfield. She had modeled for magazines like ‘Vogue’ and ‘Elle’ since her teens. Then she did soap and different television advertising.

The model has a deal with Garnier in November 2009. She appears in different television advertisements and promotional programs of their skincare products.

From 1999 to 2000, Moynahan started her acting debut from HBO romantic comedy series Sex and the City. The following year, the actress did small roles in films like ‘Whipped’ and ‘In the Weeds.’

Then she appears as Rachel,’ a bartender/dancer in the 2000 drama film ‘Coyote Ugly.’ It was a box-office success. After that, the actress gets to work on different projects.

She plays a supporting role as ‘Halley’ in the 2001 film Serendipity. She was then cast in the action film The Sum of All Fears and in the 2003 thriller film The Recruit. Her other movie credit includes Robot, Lord of War, Unknown, Noise, Battle: Los Angeles, John Wick, and many more.

Likely in 2010, She played as Erin Reagan in the police procedural drama television series Blue Bloods. Lately, in 2017, she reprised her role as ‘Helen Wick’ in John Wick: Chapter 2 and as Tracy Peters in a film titled Crown Vic, 2019.

Working in the entertainment industry since her teens, she has accumulated the net worth of $25 million.

Bridget has not been part of any notable controversies in her career. Furthermore, there are no rumors regarding her personal or professional life.

Bridget Moynahan stands tall with a height of 5 ft 10 inches (177 cm) and weighs 57 kg. She has dark brown hair with hazel colored eyes.

Also, get to know about other popular actresses like Robert Russell, Kyle Weishaar, and Kat Cunning.