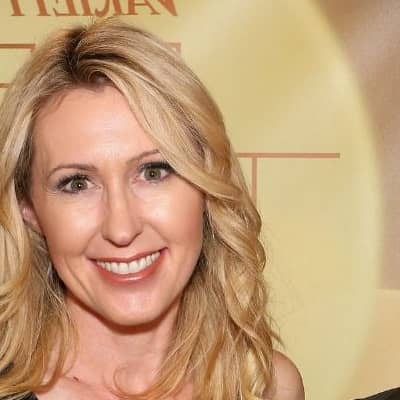 Bridget Norris is living a blissful conjugal life. She is married to an actor, Dean Norris. The beautiful couple met while studying at Harvard University in the year 1985.

In April 2001, they tied the wedding knot in an intimate ceremony. The couple together has five children, three sons, and two daughters. Currently, she resides in Temecula, California alongside her husband and children.

Who is Bridget Norris?

Bridget Norris is a former entertainment attorney who is best known as the celebrity spouse. She came into the limelight of the media as the wife of an actor, Dean Norris.

Bridget keeps a low-key profile when it comes to her personal life. She hasn’t yet disclosed her birth date, early life, and parents’ details in the media.

Also, her academic background is under curtains. Further, she holds an American nationality whereas her ethnicity is unknown at the moment.

Bridget was previously worked as an entertainment attorney. She provided legal counsel to high-profile companies such as Paramount Pictures. In 2018, she founded the Norris Performing Arts Center along with her husband, Dean Norris. At present, she supervises the daily operation at their center.

She is also the Board Member of the Fine Arts Network Theater Company. As per other reliable sources, she has an estimated net worth of around $300 thousand as of 2021. Talking about her husband’s income, Dean has amassed a net worth of $5 million.

More about her husband

Dean is a successful actor who is active in the acting industry since 1985. He made his first screen debut in the motion picture Blind Alleys as Peter Brockway. Norris came to prominence after appearing in the role of Hank Schrader on the AMC series, Breaking Bad.

He also won Screen Actors Guild Award in the category of Outstanding Performance by an Ensemble for the role of Hank Schrader. His notable movies and television series are Remember, Secret in Their Eyes, Castle, The Big Bang Theory, Men, Women, and Children, The Counselor, Litte Miss Sunshine, and, more.

Presently, Dean is starring in the role of Art in the television sitcom, United States of Al. Similarly, his upcoming project or film is El Tonto which stars Charlie Day, Kate Beckinsale, Jason Sudeikis, and Edie Falco.

Bridget stays miles away from the spotlight of the media. She hasn’t been part of any sorts of rumors and controversy that create a headline in the media.

Talking about her physical appearance, Bridget has an impressive height with an average weight. She has a dark brown pair of eyes and her hair color is blonde.

However, the measurement of her height and weight are not available.