Updated On January 29, 2023 | Published By: Anish Chettri
Share this
In Relation 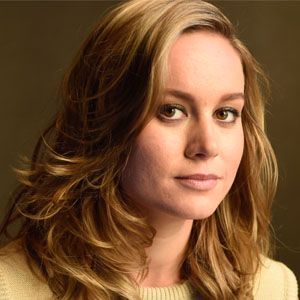 I think it starts to feel really redundant when you start to do something the same way over and over again. I don't think it's good to become so dependent on a certain writing process

For me, the dumbest rule is that you can't chew gum in school.

What is the relationship of Brie Larson?

Brie Larson is now dating an actor. His name is Elijah Allan-Blitz. Their affair was started in early 2019.

Recently in 2020 Oscars, this couple was seen together having a good time. They together walked the red carpet by holding each other’s hands.

Previously, she had been in a relationship with Alex Greenwald since 2013. Alex is an American musician, actor and record producer. Alex is the vocalist within Phantom Planet which is a rock band.

The couple hasn’t got married. They were engaged since May 2016. However, this relationship was ended in 2019.

Who is Brie Larson?

Brie Larson is an American actress, director, and also singer. She is best known for starring the role in the movies like ‘21 Jump Street, and ‘Trainwreck’.

And also she is known for winning the Best Actress Award at the 2016 Oscars.

She was born on October 1, 1989, in Sacramento, California. Her birth name is Brianne Sidonie Desaulniers. Brie is the first daughter of Sylvain (mother) and Heather Desaulniers (father).

She grew up in Los Angeles with her mother and sister. Her father is from a French-Canadian family. Her mother has English, Swedish, German, Welsh, and Scottish ancestry.

Brie Larson is an American by nationality. She holds a mixed ethnicity of French-Canadian, English, Swedish, German, Welsh, and Scottish as her parents belong of different descent.

In which school did Brie Larson attend?

Brie started studying drama at the early age of 6. She studied Acting at the American Conservatory Theater in San Francisco.

Before joining the Theater she was homeschooled and given education inside the home itself. Further, there are not many details on Brie’s education.

Brie Larson’s professional career begins with the debut of ‘The Tonight Show with Jay Leno’. She performed with the Sketches for the show. She was also cast in the television series named Schimmel from where she had her further step in the industry.

In 2012, Larson played the role of Molly in the film adaptation of the popular 1980s TV show ‘21 Jump Street‘. In 2013 she played the lead role in ‘Short Term 12.‘ In the year 2015, she played the sister of Amy Schumer’s character in the film Trainwreck‘.In the same year she also starred in ‘Room’, a film adapted from the novel of the same name by Emma Donoghue.

Brie Larson is also a musician, singer, and songwriter. Brie started her music career from the year 1998 till the current time. In the year 2005 Brie released her debut album ‘Finally out of P.E.’.

She has been performing in live concerts throughout the United States since then. Her second album came to production and was completed but never released. Brie was awarded the Academy Award, Screen Actors Guild Award, and Golden Globe Award for Best Actress for her performance in ‘Room‘.

How much does Brie Larson earn?

She took a picture with the cast and shared it on social media, and Twitter which made the news viral. There were rumors that Danny DeVito was secretly cast in the upcoming film. Later she confirmed the news.

She tweeted “Danny Devito is not in Star Wars. He was a fangirl with me.”

Previously, there were rumors that Brie to play the role of Captain Marvel. She would star in Marvel’s very first dedicated female superhero film.

Brie Larson has a height of 5 feet 7 inches. She has a body weight of 55kg. She has blonde hair and light brown eyes. Talking about her body measurement, her waist size is 24 inches.