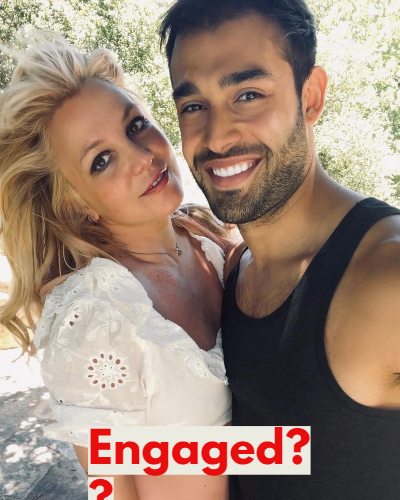 Britney Spears and boyfriend Sam Asghari have sparked engagement rumors! Britney was seen wearing a ring on her ring finger during her coffee outing with Sam.

Just a month ago, Spears revealed her desire to get married and have her own children. The only thing stopping her is her conservatorship.

“I just want my life back. All I want is to own my money and for my boyfriend to be able to drive me in his car. I want to sue my family.”

Fans are wondering if she is actually engaged or not. Britney and Sam first started dating each other in 2016 after meeting on the set of the pop star’s Slumber Party music video. Sam has always been her side and supported her battle to remove her father from the helm of her 13-year conservatorship and bring an end to the legal arrangement.

Also, fans are bursting with excitement to find out more about the couple’s relationship. Even if the engagement news is true fans are happy for her and her boyfriend Sam Asghari.

Britney is a famous American singer and dancer. In addition, she is an occasional actress. She is best known for her first and second studio albums, ...Baby One More Time (1999) and Oops!… I Did It Again (2000).

According to Forbes, she was the highest-paid female musician of 2012. Likewise, Spears is one of the best-selling music artists of all time. Read more bio…