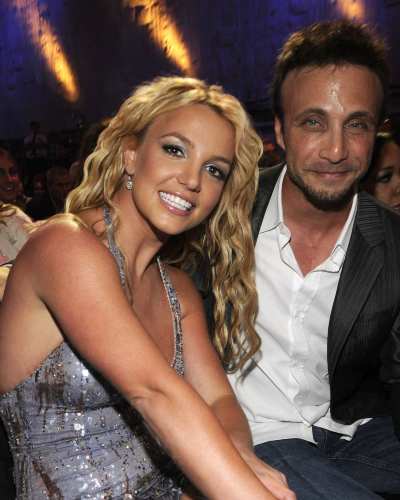 Larry Rudolph has worked with Britney Spears for many years now. The manager of 25 years has resigned from his post sending a resignation letter to the singer’s father, Jamie Spears. The news came after the ongoing controversy of her ongoing legal battle with her father. The source near to the concerned people has confirmed the news of his resignation.

Who is Larry Rudolph?

Larry is an American talent manager and former entertainment lawyer. He is widely popular as a manager of American singer, Britney Spears. The New-York born and brought up Larry graduated from Hofstra University Law school. After working as an entertainment lawyer, in 1992, the former a New York law firm, Rudolph & Beer. He closed the firm in 2003 with him stating he found his true passion in artist management. Besides Britney, he has also represented music artists like Avril Lavigne, Miley Cyrus,  Nicole Scherzinger, Justin Timberlake, and more.

Rudolph has stepped down as the manager of Britney Spears after 25 years. He stated he resigned after the singer’s intention to officially retire. Talking about his personal life, he has been married twice. He tied the knot with his first wife, Ronna IIene Gross, and welcomed three children together. After the divorce, he got married to his second wife, Jennifer Barnet on July 22, 2017.

The American talent manager Rudolph sent the resignation letter to Spear’s father, Jamie Spears, and to the conservator of her person, Jodi Montgomery. In the letter of his resignation, he wrote:

“It has been over 2 1/2 years since Britney and I last communicated, at which time she informed me she wanted to take an indefinite work hiatus. Earlier today, I became aware that Britney had been voicing her intention to officially retire.”

Further in the letter, he mentioned he has never been a part of the conservatorship nor its operations. He also revealed the singer’s team hired him at her request to help manage and assist her in her career. He also added he believes it is in the singer’s best interest for him to resign from her team. At the end of the letter, he added:

“I will always be incredibly proud of what we accomplished over our 25 years together. I wish Britney all the health and happiness in the world, and I’ll be there for her if she ever needs me again, just as I always have been.”

Britney Spears is a famous American singer and dancer. In addition to singing, she is an occasional actress. She is best known for her first and second studio albums, …Baby One More Time (1999) and Oops!… I Did It Again (2000). According to Forbes, she was the highest-paid female musician of 2012. Spears is one of the best-selling music artists of all time. She won her first Grammy award in 2005 for her single “Toxic” in the Best Dance Recording category. She has been on the top of the list of most searched celebrities seven times in 12 years. Spears is nicknamed ‘The Princess of Pop’. FHM ranked her #2 on the list of “100 Sexiest Women in the World”. See more bio…