Britt Flatmo is an American actress who is known for the role of Peg Kaznyk in 'JJ Abrams' and Steven Spielberg‘s 2011 blockbuster ‘Super 8’. She is currently in a relationship. 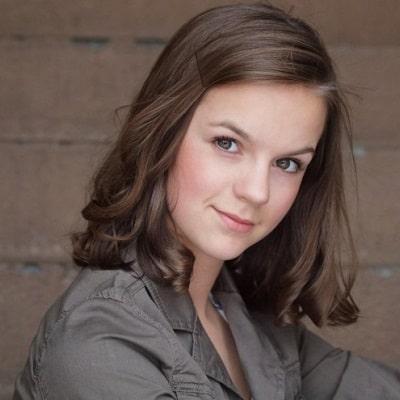 What is the relationship of Britt Flatmo?

She started posting pictures together in 2017. Her boyfriend, Simen is from Oslo, Norway and he is a law student.

Who is Britt Flatmo?

Britt Flatmo is an American actress who is known for the role of Peg Kaznyk in ‘JJ Abrams’ and Steven Spielberg‘s 2011 blockbuster ‘Super 8’.

She was born on born on January 25, 1997, in the United States. Her exact place of birth is still unknown. Her birth sign is Aquarius.

Also, being more private, she has not disclosed the name of her parents and siblings. Her grandfather, Oystein Flatmo at the age of 19 came to America in 1949 from Norway.

Britt holds American citizenship but her ethnicity is unknown.

She came into the limelight after she made her appearance in Peg Kazynk in J.J. Abrams & Steven Speilberg’s blockbuster hit “Super 8”. Furthermore, she appeared as Amy in ‘Life As We Know It’.

Likewise, she appeared in the comedy film called ‘Nic & Tristan Go Mega Dega’. Also, she rose to fame after she depicted the role of Emily in the film called ‘Abuelo’ which got many international awards.

She started singing and performing at 5 yrs old when she booked a role in Oliver at the musical theatre company The Driftwood Players in Seattle.

Furthermore, she has performed all around Southern California including LA County Fair, The Grove LA, House of Blues, The Whisky a Go-Go, The Vault, and The Avalon Theater in Hollywood, to name a few.

She was awarded the 22nd LA Music Awards “Female Vocalist of the Year” and became the youngest winner ever for that category at 15 years old.

The beautiful and talented actress might have earned a decent sum of money from her career but she has not disclosed it.

Also, she earns around $56k per annum as a salary.

Britt loves to maintain her celebrity status and has not been through any rumors and controversies in her personal and professional life.

She stands at a height of 5 ft. 7 inches and has a slim body and she has maintained her body figure so far.