Britt Robertson is an American actress. Britt is in a relationship with the Revolution actor, Graham Rogers. 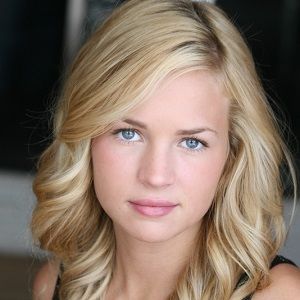 I've gone to prom multiple times, had fights with the principal, a relationship with my teacher. When people ask if I wish I had gone to high school, I tell them that I've acted all of that stuff out, and it just doesn't seem like fun

I am the oldest of seven. Do my siblings think I'm super cool? I wish they thought I was super cool: I was home-schooled. My mom wasn't a fan of public school systems.

Britt Robertson is dating American actor, Graham Rogers. The couple spent the Christmas holidays of 2020 together in Twin Rocks, Oregon.

Previously, she was in a relationship with Logan Henderson (2011) and Gregg Sulkin (2010).

Later, she has dated actor Dylan O’Brien since they met on the sets of The First time. However, this affair was ended in Dec 2018.

Britt also had an affair with an actor, K.J. Apa. They started to see each other in 2019.

Who is Britt Robertson?

Britt Robertson is an American actress. She began acting as a child at the Greenville Little Theater in South Carolina and she made her screen debut as the younger version of the title character in an episode of Sheena in 2000.

Robertson was born on 18 April 1990, in Charlotte, North Carolina. Her nationality is American and her ethnicity is mixed(English, German, Swiss, Scots-Irish (Northern Irish), Scottish, and Welsh).

She is the daughter of Beverly and Ryan Robertson, a restaurant owner. Robertson grew up in Greenville, South Carolina. She is the oldest of seven children; her mother and stepfather have three children.

When she was 14 years old, Robertson moved from North Carolina to Los Angeles to audition for TV pilots. There is no more information about her education.

Britt Robertson first appeared before an audience when performing various roles on stage at the Greenville Little Theater in her hometown. At age 12, she began making extended trips to Los Angeles to audition for roles in television series. Her first big break came when she was selected to play Michelle Server in the growing pains: the return of the Servers.

In 2008, she played the main character in a Lifetime original film. Trioxide Stone, based on Jodi Pacolet’s novel, The Tenth Circle, followed by other television roles. In 2009, she played a small role as Do in The Alyson Stoner Project. She starred in The CW’s series Life Unexpected (2010) as Lux Cassidy, a teenager who, while in the process of being emancipated, gets back in her parents’ lives.

In late autumn 2010, she started as Allie Pennington in the Disney Channel original film Avalon High, which is based on Meg Cabot’s book of the same name. Robertson played cassia Blake in The CW’s 2011 television series The Secret Circle, but the series was canceled in 2012 after its first season.

That same year, she starred in the film The First Time. In 2013, Robertson was cast as Angie in CBS’s summer series Under the Dome.

Britt Robertson has an estimated net worth of $3 million with a salary of $30 thousand per episode of The Secret Circle.

Unlike other celebrities, there is no information about the love life of Britt Robertson and her professional life as well.

Moving towards her body measurements, Britt Robertson has a good height of 5 Feet 3 inches (1.6 m). She has light brown hair color and her eye color is blue.

There is no information about her bra size, shoe size, and dress size.