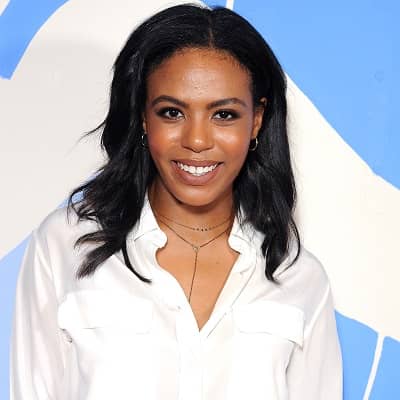 Britt Stewart’s relationship status is possibly single. She likes to keep her marital status private hence information about her partner is unknown.

Who is Britt Stewart?

Britt Stewart is the best known as a professional dancer, choreographer, and actress. She played the role of a principal dancer for the High School Musical series.

She is also a member of the AF company.

She was born on September 21st, 1989, in Aurora, Colorado, USA. Her father and mother’s name are unknown.

She holds an American nationality and is of All-American ethnicity. Britt started dancing at the age of three at Artistic Fusion Dance Academy.

She embarked on her professional dance career at the age of 12 with the national touring tap company, Tap Kids.

She completed her graduation from Loyola Marymount University.

Britt Stewart got accepted into the dance program at the renowned Denver School of the Arts.  There she specialized in modern and cultural dance styles. She also works at Loyola Marymount University for its modern and ballet program.

No sooner she became a principal dancer for the High School Musical series. She also founded the AF Company. Britt is one of the Richest Dancers of the United States now.

She has toured and performed alongside artists such as Florence  The Machine, Rihanna, Demi Lovato, and Janet Jackson.

Her films and different TV programs, include Disney’s High School Musicals 1, 2 and 3, No Strings Attached, Disney Channel Teen Beach Movie, La La Land, ABC’s Disney Singalong, ABC’s The Little Mermaid Live, and 5 seasons on Dancing With The Stars as a Troupe member and 2 DWTS Live Tours to name a few.

Likely, she has choreographed and performed in various songs. She teaches various dance forms including Jazz, Latin Ballroom, and Latin Jazz to all ages and levels throughout the nation for schools, dance studios, and conventions.

Being one of the successful personality, her net worth is in million. Though the exact amount is unknown. Her salary is also not disclosed.

As of now, this actress has maintained her profession as a successful dancer, and choreographer. Her name is out of all the rumors.

Britt Stewart stands with a height of 5 feet 7 inches weighing 60 kg. With a pretty face, she has black hair and dark brown eyes.