Brittainy Taylor is a reality TV star, model, and fashion influencer who was on 'Very Cavallari.' 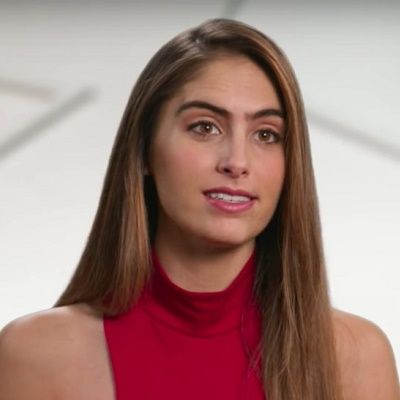 Brittainy Taylor is possibly in a relationship with PJ Kellogg. They met while hanging out with their friends at a cool Nashville hotspot.

Previously, she was in a relationship with reality TV star Jon Stone.

Who is Brittainy Taylor?

Brittainy Taylor is an American reality TV star, model, and fashion influencer. She is best known for appearing in the reality TV show ‘Very Cavallari.’

This reality TV star was born on January 30th, 1989 in Philadelphia, the United States. There is no information about her father, mother, and siblings as she wants to keep her personal life far from the media.

Taylor attended Strath Haven High School (2003-2007). She graduated with B.A.Sc.degree from a widener university in 2013. She is of French and Latin descent.

Earlier, Brittainy Taylor appeared on Kristin Cavallari’s reality show ‘Very Cavallari’ and gained huge popularity. She worked on the first season of the show with Shannon Ford. In the next season, they launched about clothing line Company with ‘Uncommon James’ where she served as the store manager. Brittainy regenerates leadership and utilizes dried communication among the staff.

Taylor is serving as the Director of Information Technology and Operations at ‘Uncommon James‘. She is social media, Air Talent, and Marketing Consultant at ‘Independent Free Consultant‘ since August 2015.

This Model served as public relations and community affairs manager at Hooters of South Florida for two years. She is assertive when it comes to what she wants in life.

She got a heated argument with Jon Stone on ‘Very Cavallari’ where she told her their relationship was more like a dictatorship.

The rumor hit social media when Brittainy experienced a queasy stomach and being late on her period, calling her pregnant. She was rumored of having an affair with Kristin Cavallari’s husband Jay Cutler.