Brittany Furlan is an American comedian, actress, Vine star, and costume designer. She is probably single for now.

Brittany Furlan was dating and engaged to director Randal Kirk, but in May 2015 they separated and she had tweeted that she is single.

In June 2017, she went on a date with thrice-divorced father-of-two children and a former Mötley Crüe drummer Tommy Lee. Nothing worked out, they were just having a great time together.

In December 2015, she had said about getting married in next couple of years. But the name of her boyfriend was not revealed. Director Jordan Vogt-Roberts in January 2017 has sued Brittany Furlan for defamation and blackmail. It was said that Brittany Furlan had stolen some nude photographs of Jordan from his mobile phone and leaked them online to a magazine. 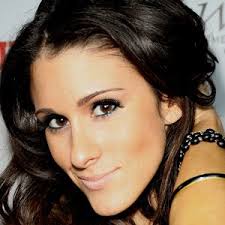 Who is Brittany Furlan?

Brittany Furlan is an American comedian, actress, Vine star, and costume designer. She had the most followers for a female internet personality on the Vine network.

Brittany was born on 5 September 1986, in Perkasie, Pennsylvania, United States. She is 35 years old. Her nationality is American and her ethnicity is Italian.

Her mother’s name is Jill Anne (Pisano) and her father’s name is Ronald C. Furlan. She has a brother named Gregory. Brittany Furlan has a Dachshund dog called Meggypoos.

She studied theater in her elementary and high school and acted in innumerable plays in childhood. She also did a fashion designing course.

Brittany Furlan was offered a role when she went for a night out. She started her career as a TV actor. She was seen in the shows like ‘Reality Hell’, and ‘Prank My Mom.’

Later, she switched to Vine where she was quite popular for her 6-second videos. Mental Health Advocate returned to TV and films.

Furlan is also a YouTuber. She has done the movie ‘We are your friends, ‘How to have sex on a plane’, ‘Facebook is not your friend’, and ‘Dreamland’.

She has worked for big brands such as Reebok, Trident, Wendys’, Dickies’, Pizza Hut, etc. In 2014, she was the recipient of the Viner of the year award.

She left Vine in 2015 because she felt that it had become too abusive and cruel towards her work and talent. She is now testing other acting arenas and is happy with it.

Brittany has been nominated for the Teen Choice Awards for Choice Web: Viner in the year 2015.

Furlan earns a salary of around ‎$400k per annum and her net worth is estimated to be around  ‎$1 Million as of 2022.

She had an affair with director Randal Kirk for 4 years but they parted ways in 2015. She started going steady with director Jordan Vogt-Roberts. The relationship lasted about a year and a half.

After this, Jordan accused Furlan of leaking his nude photo online and blackmailing him. The couple then split and Jordan’s lawyers sued Furlan for defamation.

In 2014, Brittany Furlan landed into a controversy when she said a poor rape joke while she was interviewing guests on the red carpet of the Daytime Emmy show.

She was banned from the store The Target in 2013 for harassing their customers during her shoot at the store. Her comic timing and beauty have been appreciated and she has not faced any harsh criticism for her acting skills.


Brittany has a height of 5 feet 6 inches. She has dark brown hair and dark brown eyes. Her body weighs 58kg.

Brittany Furlan break up with fiance!! Know more about her career, bio, relationship