Updated On November 9, 2021 | In Child , Married , Relationship
Share this 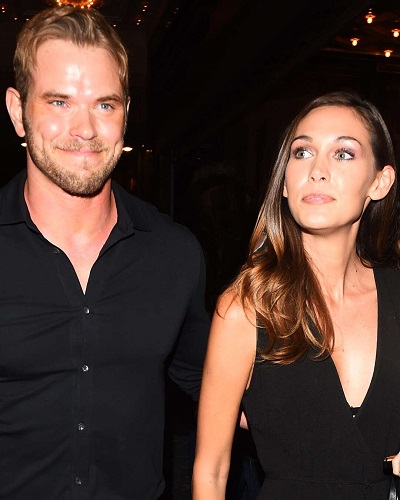 Brittany Gonzales, the wife of the Twilight star Kellan Lutz went through a miscarriage. The couple is going through a devastating time with the loss of their unborn child. The couple the heart-breaking news to their audience through their Instagram. Gonzales made the heartbreaking post on her Instagram account.

The Twilight star and his wife are going through a devastating time with the loss of their unborn child in the sixth month of pregnancy. Gonzales described her emotions and feelings are slightly all over the place after the miscarriage in the sixth month. She made the heartbreaking post on her Instagram revealing the heartbreaking news to all their audience. In the post, he wrote:

“It feels as though within one day we went from a season that felt like a warm summer day, to the most frigid, windiest, iciest, day ever recorded. (Anyone ever seen The Revenant with Leo? I feel like Leo in The Revenant right now!). My emotions and feelings are slightly all over the place which is to be expected.”

She further mentioned at some point she feels so full of peace and hope and expectancy. And on the other point, everything hurts. Though the couple is going through the devastating time, she is trying to stay positive on the heartbreaking moment.

We are human after all. We all hurt, bleed, cry. Feeling the negative emotions doesn’t make you negative.”

Alongside the heart-breaking announcement, she shared a black-and-white picture of her holding the baby bump. Meanwhile, the Twilight star shared the same picture on his Instagram with the caption which reads:

“It’s been a crazy rollercoaster of a week with a lot of emotions. Taking heartbrokenness to a whole new level but Grateful for these past 6 months and the journey itself. In life we might not get the answers to all of our questions but we will always remain fairthful! God will restore. I love you @brittanylynnlutz”

The actor also thanked all of their supporters on the post. They paid tribute to their unborn baby girl on the post.

Their relationship and announcement of the pregnancy

The couple announced their pregnancy three months back in November 2019. The two announced they had a baby on the way through the adorable Instagram post. In the post, they shared the picture of them kissing with the third miniature version of the denim jacket.

On Nov. 23, 2017, they announced the two got married through Instagram. At the time, she shared a picture of herself and her husband smiling at the camera while holding up “Mr. & Mrs.” passport.

In early October of the same year, they confirmed their engagement. After the two years of their marriage, they were about to welcome their new bundle of joy this year. Unfortunately, they lost their unborn child on the miscarriage. All the prayers to the couple to overcome this misfortune.

You may also read- Amidst the heartbreaking miscarriage, Chanelle McCleary was fortunate to have the love

Kellan Lutz is an American model and actor. He is best known for playing Emmett Cullen in The Twilight Saga film series from 2008 to 2012. He is also popular for his roles as Poseidon in the 2011 film Immortals, John Smiley in The Expendables 3 (2014), and Hercules in the 2014 film The Legend of Hercules. See more bio…