Updated On January 29, 2023 | Published By: Thomas Gregory
Share this
Divorce 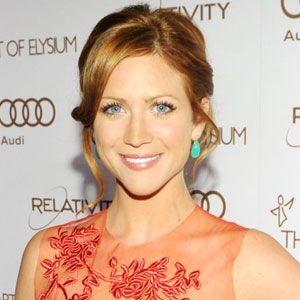 My greatest accomplishment is receiving my role on Guiding Light

There are things in her that I think everyone can relate to. After I play every character, I always feel a little different. I've experienced something that's not my life. It's never easy. But you want to do these challenging things all the time.

What is the relationship of Brittany Snow?

Cute and gorgeous Snow is a divorced woman.

She was married to Tyler Stanaland, a former realtor, and pro surfer. The pair tied the knot in Malibu on March 14, 2020.

They announced their engagement on February 19, 2019.

According to court documents analyzed by TMZ, the 36-year-old actress filed for divorce from the actor citing irreconcilable differences as the cause.

Her relationship with Andrew Jenks is believed to be present but neither Andrew nor Brittany has admitted to it.

Who is Brittany Snow?

She has made a respectable position in the American entertainment field and has earned more fame and fans.

Brittany Snow was born to Cinda and John Snow on March 9, 1986, in Tampa, Florida, U.S.A. Her nationality is American and belongs to a Mixed (English, German, Scottish) ethnicity.

She was raised with her parents in an entertaining and friendly environment along with her step-brother John, Jr, and stepsister Holly.

She was highly interested in the acting field from a very early age and started singing at the age of seven. Concerning her educational background, she attended Gaither High School in Tampa and graduated from there.

Snow started her career at the age of 3 and appeared in the advertisement. She made her debut in the 1995 film “Whisper of the Heart” as Shizuku Tsukishima.

Initially, she was not so much recognized by the public and common people and continuously struggled to get a major role.

After starring in several films she got a lead role in the 2007 film “Hairspray” as ‘Amber Von Tussle’ for which she won two awards: Hollywood Film Festival and Palm Springs International Film Festival awards.

She made T.V debut in T.V series Guiding Light’ (1998-2002) and got more positive reviews from fans and critics. She also won the ‘Young Artist Awards’ for ‘Guiding Light’ and was nominated more than six times.

Some of her popular films and T.V (series and shows) include “American Dreams”, “Prom Night”, “96 Minutes”, Pitch Perfect 2”, etc. She is also a winner of the Boston Film Festival awards in the category of Best Actress for the film “96 Minutes”.

Her estimated net worth is about $7.5 million.

Currently, Snow is rumored to be about Andrew Jenks since Dec 2015; however, she hasn’t confirmed anything relating to this topic.

She has also been seen getting cozy with her co-star Anna Kendrick. She had defended her co-star Nikki Blonsky when she was arrested for an alleged assault in a Caribbean airport. Her comment on the Olsen twins had raised some eyebrows.

How tall is Brittany Snow?

She has a dress size of 2 US and a shoe size of 8 US. She has silky reddish-brown hair and blue eyes.

Also know more about the early life, career, net worth, relationships, and controversies of other actresses and singers including Brandy Norwood, Malandra Burrows, Nazanin Mandi, and Brandi Emma.