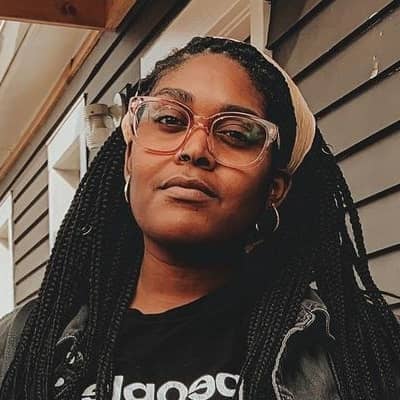 Brittney Spencer has not yet introduced anyone as her boyfriend or lover. So, she is possibly single.

It seems she is currently focusing on her career rather than any love affairs. In further days, if she introduces anyone as her boyfriend then we will update it.

Who is Brittney Spencer?

Brittney Spencer is renowned as an American singer and songwriter. In January 2021, she listed on Spotify as “Hot Country Artist to Watch”. Lately, she releases her four-track EP titled Compassion in 2020.

Brittney was born on September 9, 1988, in Baltimore, Maryland. Her full name is Brittney Nicole Spencer. The nationality of Brittney is American and belongs to All-American nationality.

She is the daughter of Michelle Spencer and Brian Spencer. However, she hasn’t revealed her sibling’s details. Talking about academics, she studies at Middle Tennessee State University major in Music Business.

From the age of three, Brittney started singing in her church choir, and also she was in the school chorus. At the age of 15, a woman at Brittney’s church introduces her to a song by the Dixie Chicks and she fell in love with that song. Afterward, she began to listen to local country and soft rock radio stations and she decided to pursue her career in country music.

Brittney started performing with local R&B and Gospel artists in Baltimore at the age of 18. She also began writing and composing her own music at local radio stations. After years of working in Baltimore, she decides to move to Nashville, Tennessee.

Wille attending Middle Tennessee State Univerity, she worked as a vocal coach for underprivileged children. She also participates in the Roc the Mic talent show competition where she won first place.

She performed as a background singer and toured with popular celebrities like Carrie Underwood, Christopher Cross, Carl Thomas, Jason Nelson, and more. Also, she posted video covers on the Internet and one of the popular covers of Spenser was Highwomen’s Crowded Table.

In 2014, she released a song named After the rain on her Reverbnation page. Similarly, she has written songs like Just To Be A Child Again, Whiskey Lows, He Has Time, The Kingdom Is Yours, Until We Meet Again, and more.

To date, the singer hasn’t been part of any sorts of rumors and disputes. Also, she stays miles away from any controversial acts that could hamper her professional and personal life.

Spencer’s primary source of income is her profession as a singer and songwriter. Also, she has earned a handsome amount of wealth throughout her musical career. However, the exact figure of her net worth, Yearly income, and other assets hasn’t yet disclosed in the public.

The singer has beautiful black pair of eyes with black hair. Further, she hasn’t yet revealed her body measurement including height and weight.

She is also active on Twitter with over 5k followers. She has also shared her email id [email protected] for any business inquiries.