Brodie Smith is an American Youtuber and former Ultimate Disc League player. He is married to Kelsey Lowrance.

Brodie Smith is a married man. He is married to Kelsey Lowrance. Lowrance is a social media personality, fitness trainer, and professional cheerleader with the Dallas Cowboys who was also featured on the reality series, ‘Dallas Cowboys Cheerleaders: Making the Team’.

The couple dated for some time before he proposed to Kelsey on 6th April 2018. A year later, they exchanged wedding vows on 2nd March 2019. They have been married for more than a year and a half but so far, don’t have any children.

Previously, he was in a relationship with another professional cheerleader, Jacie Scott. 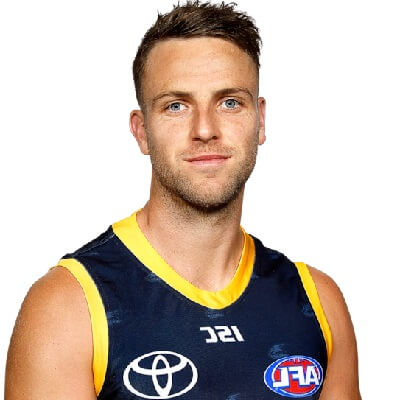 Who is Brodie Smith?

Brodie Smith is an American Youtuber and former Ultimate Disc League player. His self-titled Youtube channel has over 2.22 million subscribers and is famous for his frisbee trick shot videos.

Brodie Smith was born in Jacksonville, Florida, USA, on 29th August 1987. As of 2022, his age is 34. There is no information about his family background. He has not revealed anything about his parents and siblings.

Smith spent his childhood days in Chicago and his ethnicity is Caucasian.

After a successful college career in ultimate, Brodie Smith began his professional career with the AUDL in 2011 and played for the Indianapolis Alleycats. After playing there for a couple of years, he signed with the Chicago Wildfire.

Unfortunately, he suffered from tearing his ACL and his meniscus ruling him out of two seasons, 2014, and 2015. In 2016, he made his comeback with the Dallas Roughnecks. In 2017, he signed with the Jacksonville Cannons.

On January 22, 2007, he started his self-titled Youtube channel but did not post until 2009. He started off by putting tutorial videos. However, it was when he started uploading trick shots when he really found fame on Youtube.

His videos started getting a lot of views. His video, ‘Greatest Game of Horse Ever’ remains his most-viewed video to date with over 67 million views.

As of 2020, his channel has gained over 361 million views in total in addition to 2.2 million subscribers.

Smith is also active on TikTok. His self-titled TikTok account has over 1.6 million followers and his videos have acquired more than 25.5 million likes.

Smith stands tall with a height of 6 feet 4 inches and weighs around 78 kg. His hair color is brown and his eyes are green in color.

Brodie Smith has an estimated net worth of around $2 million as of 2022. Youtube remains his main source of income and his channel generates around $144k per year according to some notable online sites.

As of 2020, Smith has not been involved in controversies. He has stayed away from any controversial subject matters and has kept his profile clean. He loves doing what he does and has gained fame and respect from his career. Similarly, there are no rumors about him.

Smith is active and popular on social media sites thanks to his professional career and Youtube. As of 2020, his Facebook page has over 553k followers. Similarly, his Twitter and Instagram accounts have over 904k and 962k followers respectively.

You may also like to read the Bio, Career, Net Worth, Social Media, and more about Luke Bryan, Sarah Logan, Cory Cotton,  and more.