Brooke Adams is an actress who acted in ‘Days of Heaven’, ‘Invasion of the Body Snatchers’, ‘The Dead Zone’, etc. 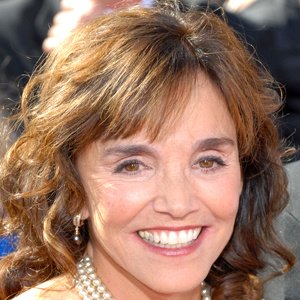 I go through periods where I don't shop at all, and then I go crazy and buy everything in sight. I never know what to wear, and I'm at my worst before an audition. I pull everything out of the closet, throw it on my bed. I'll get entirely dressed and then take it all off again until I'm in a kind of frenzy.

My life has gotten so much better since I turned 40.

Brooke Adams is a married woman. She has been married to a renowned actor, Tony Shalhoub since April 1992. The couple met the very first time when performing together on Broadway in ‘The Heidi Chronicles’ in 1988.

Who is Brooke Adams?

Brooke Adams is an American actress. She is best known for her film roles as Abby in ‘Days of Heaven’ in 1978, Elizabeth Driscoll in ‘Invasion of the Body Snatchers’ in 1978, and Sarah Bracknell in ‘The Dead Zone’ in 1983.

Brooke along with her spouse Tony was tested positive with coronavirus in April 2020. But after weeks of treatment, this couple is finally recovered from this pandemic.

She was born on February 8, 1949, in New York City, USA. Her other name is Brooke Adams-Shalhoub and she is currently 70 years old. Her father’s name was Robert K. Adams and her mother’s name was Rosalind Gould.

Her father was a producer, actor, and former vice president of CBS as well as a descendant of presidents John Adams and John Quincy Quincy Adams and her mother was an actress. She has a sister named Lynee Adams who is also an actress.

Brooke holds American citizenship and her ethnicity is a mix of English and German.

She joined the High School of Performing Arts and the School of American Ballet. She took dance classes at her aunt’s studio in Montague, Michigan.

Brooke Adams began her career from the small role through a television series as Marky Morgan in ‘East Side/West Side’ in 1963. After two years, she appeared as Cynthia Crackerby in ‘O.K. Cracker by!’.

She began her film career from the role of Nurse in the movie ‘Murders in the Rue Morgue’ in 1971. In n1974, she appeared as Party Guest in ‘The Greta Gatsby’ and as an uncredited role in ‘The Lords of Flatbush’.

Despite playing so many films and television, she has not been awarded and nominated for her work to date.

She has an estimated net worth of around $10 million and she has earned that sum of money from her professional career. She is listed as one of the top-ten-richest actresses in the Hollywood film industry.

Also, she made around $2 million fortune with Car Wash & The Legend of Lucy Keys.

She likes to keep her profile low and she usually keeps her lips tight. And hence, she has not been engaged in any type of rumors and controversies in her career.

Brooke Adams has a height of 5 ft.4 inches and weighs 69 kg. Brooke has blue eyes and blonde hair. Brooke’s body measurement is 35-27-35 inches.