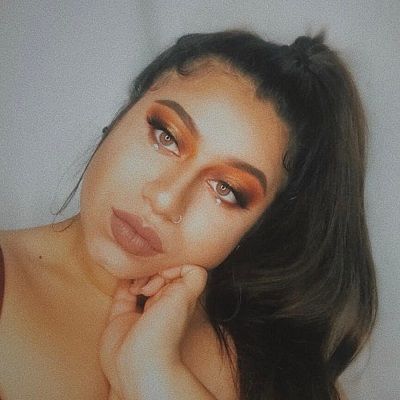 Enoch has huge followers on Tik Tok with around 7.1 million.

Who is Brooke Albarran?

Brooke Albarran is an American social media personality. She is known for her videos on social networking sites Tik Tok.

She was born on 12 Jan 2000 in New Orleans, United States. Her mother’s name is Silvana Reina and her father’s name is Jorge Albarran. She has three sisters and two brothers.

Her educational background is not disclosed. But she was in her high school band as well as an art club in school.

Brooke Albarran is very popular on social media Tik Tok. She mostly uploads hilarious comedy videos and makeup tutorials on her account brooke_albarran which was created in 2015. These videos are loved by more than 543.6k followers.

She also has her own Youtube channel which is subscribed by more than 1.57k subscribers. This channel was created on Oct 31, 2012.

Talking about Brooke Albarran’s body features, she has light brown eyes and dark brown hair. She has a height of 5 feet 4 inches and an average weight.

Brooke Albarran’s Instagram has more than 9.6k followers and around 56 posts. She usually posts photos and videos of her.