Brooke Anderson is an American TV personality and actress. 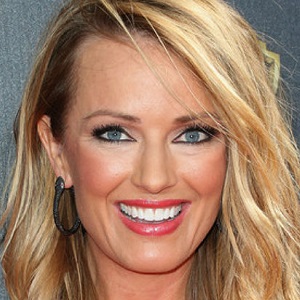 Brooke Anderson has been married to James Arthur ‘Jim’ Walker, III since 2005. The couple has welcomed three children. They welcomed their daughters Kate Victoria in 2009 and Lily Georgina in 2013. Later, they welcomed a son, James in April 2016.

Who is Brooke Anderson?

Brooke Anderson is an American TV personality and actress. She is best recognized as the co-host of ‘The Insider’ which was an American syndicated television news magazine.

She was born on May 13, 1978, in Savannah, Georgia, US. Her birth name is Brooke Victoria Anderson and she is currently 40 years old. SHe has not provided information regarding her siblings, parents, and her childhood. Brooke holds American citizenship but her ethnicity is unknown.

She graduated with the honors from the University of Georgia’s Henry W. Grady College of Journalism and Mass Communication in 2000. She achieved a bachelor’s degree in broadcast journalism.

Brooke is also a member of Kappa Delta sorority.

She worked as a culture and entertainment anchor and producer for CNN and served as co-host for ‘Showbiz Tonight’ on HLN. She joined the network in July 2000 which was based in CNN’s Los Angeles, California bureau.

During her period in CNN, she had covered the areas like 2006 Cannes film festival, the Emmys, the Golden Globes, the Academy Award, Fall Fashion Week in New York City, the Sundance Film Festival, the NBA All-Star Weekend,, and Atlanta’s Music Midtown.

She made her guest appearance on ‘Days of Our Lives’ in January 2012, in which she played the character of a reporter who interviews John Black in episode 11754.

Brooke was awarded the Daily Point of Light Award for volunteerism from President George W. Bush in February 2003.

She has maintained her personality and has not been involved in any rumor and controversies in her career.

She has a height of 5 ft. 5 inches and she weighs 54 kg. Brooke has got light brown hair and light brown eyes. Her body measurement is 34-24-35 inches.