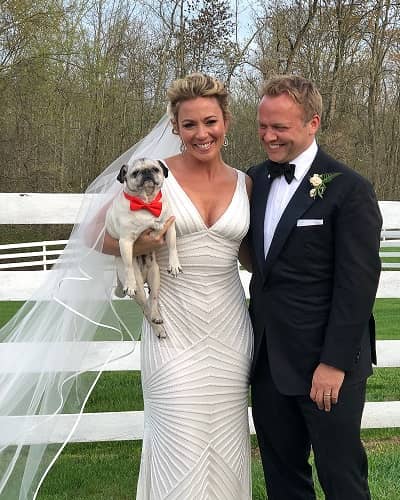 Brooke Baldwin is leaving CNN! On 16th February 2021, Brooke who is one of the veteran anchors who announced her departure from the channel which is going to be in April 2021. She has been working for CNN since 2008.

She moved from Atlanta to New York as a host of ‘CNN Newsroom’ that aired from 3 to 4 p.m. EST. Baldwin is leaving CNN to focus on amplifying the lives of extraordinary Americans and putting her passion for storytelling to good use.

On her show, she said,

“Before we get going, I want to start with some personal news. I will be leaving CNN in April. Let me back up. After most of my 20s working my way up in local news, I came to this network in 2008 – in the midst of the Great Recession as a freelancer.”

“I remember I scribbled my name on a Post-It note and stuck it outside of this temporary office, determined to fulfilling my dream of becoming a full-time CNN correspondent.”

Also read Jeremy Kyle show has been suspended from ITV indefinitely! Know the reason behind this major step!

Brooke Baldwin and James Fletcher met each other while attending a holiday party on 5th December 2015. He happened to be in town at the time. Brooke revealed how they met on 5th December 2017 through Instagram. She was going back to Atlanta for Christmas and after dinner, she invited him to New Orleans.

Likewise, they spent time together over the holiday that is how their relationship grew more. They walked down the aisle on 5th May 2018 after getting engaged in Hawaii. They acquired their marriage license about a week before their wedding. Since their wedding, they have been living a happily married life.

How much is the net worth of Brooke Baldwin in 2021?

Brooke Baldwin has an estimated net worth of $10 million. At CNN, she received an annual salary of $4 million. She hosted the AK100 Club event for the travel agency Abercrombie and Kent. In the year 2016, she presented an award at L’Oreal Paris 11th Annual Women of Worth Celebration.

Also read Kelly Rowland and Tim Weatherspoon are parents for the second time! How much is the net worth of Kelly Rowland in 2021?

Brooke Baldwin is a TV newscaster and a host of America. Brooke is also a business owner.

She is best known as the host of the show, CNN Newsroom. She is also known as the former contributor to CNN’s news and commentary program Rick’s List in 2010.

Furthermore, she is the creator/host of ‘American Woman’. Read more bio…