Who is Brooke Barry Engaged With?

Brooke Barry is dating her fiance Cole Rivers. They get to know each through her sister, and in a short period, they began dating. Cole Rivers is also a social media personality.

The couple got engaged on June 21, 2020. They keep sharing each other’s glimpses in their respective contents and social media accounts.

No info about her past relationships are opened up yet. 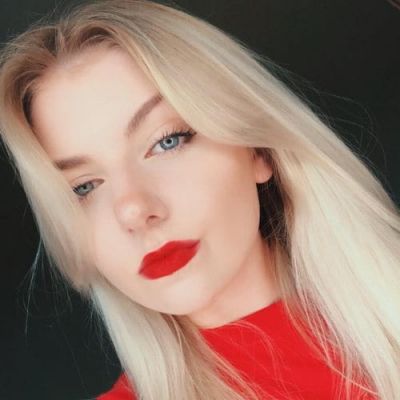 Who is Brooke Barry?

Brooke Barry is a popular American Tiktok star, Instagram model, and influencer. She is famous for her creativity and innovative videos as a YouTuber.

Brooke Barry was born in the United States on March 30, 2001. Brooke is 21 years old as of 2022 and holds an American nationality. She maintains a Caucasian ethnicity and her birth zodiac sign is Aries. Christianity is her main religion.

She was raised by her parents Jason and Amy along with her siblings Brett, Blaize, Brynna, and Breanne. Similarly, she is a graduate of Oakleaf High School.

Brooke Barry began to use Instagram except for any other social media platforms. While she was a high-school freshman there was a trend of using the Musical.ly app and she started using it after one of her sisters taught her about the app functions.

Then, her debut video on Taylor Swift’s ‘Moving to New York, went viral which she shot during her March 2018 trip to New York.

‘How to Make Slow Motion HAIR FLIP Tik Tok + GIVEAWAY’ and ‘How To Do A Cool Slow Motion Video Edit On Musical.ly TikTok!’ are some of her popular videos which are able to garner good likes.

Furthermore, On July 27, 2019, she released the music video for her debut single, ‘Wake Up, on her YouTube channel. It is enriched with more than 160 K views.

Brooke Barry has an accumulated net worth of 1.5 million USD approximately as of 2022. She is garnering a good amount with her emerging successful career. According to the source, 25 K USD is her monthly income while her yearly income is 180 K.

Being an emerging star, Brooke Barry has not been involved in any rumors and controversies.

Moreover, Barry has beautiful fair skin. She has a couple of beautiful blue eyes and blonde-colored hair.

Brooke Barry is a social media star who is active on social media platforms with a huge fan following. She has a verified Instagram account, @brookiebarry which has more than 394 K followers while her Twitter account has around 2.6 K followers.

On March 30, 2022, she uploaded her picture in a Red dress mentioning how she enjoyed a birthday party at The Gallatin Hotel, Nashville.

Barry is a Tiktok star, she is able to garner approximately 3.1 million followers while her self-titled Youtube channel is enriched with over 90.3 K followers.