Brooke D' Orsay is a gymnast and actress with a great sense of humor. Brooke appeared in the series including Two and a Half Men, How I Met Your Mother, and many more! 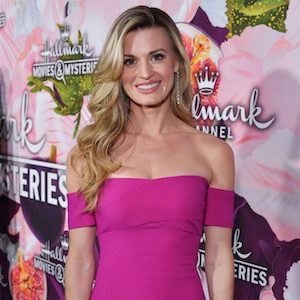 Even if I have only 15 minutes, I knock out some toning moves or get in a burst of cardio.

I drive a Prius. I always turn my faucets off. I never use plastic bottles anymore. I use glass bottles. I bring my own bags to the grocery store. And I try to use all natural shampoos and facial products.

Brooke D’ Orsay is an unmarried woman and is not dating anyone (publicly). On movies and television, she has been in the limelight for a long time but she chose to keep her relationship a secret.

Brooke D’ Orsay dated Greg Coolidge for a few years but she kept her relationship under wrapped until August 2012. As per some online sources, the couple was planning to get married. They have not made any public appearances since 2015.

Who is Brooke D’ Orsay?

Brooke D’ Orsay is a Canadian gymnast and actress. She is popular for voicing the character of Caitlin Cooke on the Canadian animated-series, 6teen (2004–2010) and Brooke Mayo on King’s Ransom. She is famous as Paige Collins on Royal Pains and as Kate in Two and a Half Men for US-American audiences.

Her latest work is in the TV series, Nostalgic Christmas.

An actress was born on February 17, 1982, as Brooke D’Orsay in Toronto, Ontario, Canada to Huguenot origin.

Her father is William, worked at a local university as a professor and her mother is Jackie, a chemical lab assistant at the same facility as William. She has a brother, John D’Orsay. John is a web developer.

Brooke D’ Orsay was fond of acting from her childhood.

She attended the local school. The detail information regarding her education is not available.

She began her career in 2001, from the movie Why Can’t I Be a Movie Star? as Jennifer Kruz. She has also played a major role in the television comedy Everybody’s Doing It. Brooke D’Orsay made her television debut from a TV series Doc starring Billy Ray Cyrus in 2002.

Furthermore, she was a part of the TV film in 2004, Then Comes Marriage. She was a part of the animated series 6teen from 2004-10. Brooke featured in few episodes of Two and a Half Men and The Big Bang Theory in 2007. She appeared in a recurring role in soap opera Drop Dead Diva from 2009-11.

Moreover, she began appearing in a new show Royal Pains in 2010.  From 2010-16, She had a main role in a series. She has also appeared on several roles on the television fraternity and has portrayed the role of Ellen on Doc, Felicity Fury on Ace Lightning.

In 2005, she got nominated for Best Supporting Actress in DVDX Award.

As well as, in 2008, she was nominated for Best Individual or Ensemble Performance in an Animated Program or Series in Gemini awards.

Brooke D’ Orsay earns a numerous amount of money from his work but has been hiding the information from media and the public.