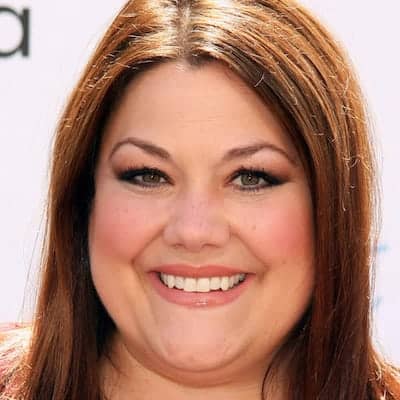 What is the relationship of Brooke Elliott?

Brooke Elliott’s relationship status at present is possibly single. She has not shared the details of her current boyfriend or affair with the public.

But in the past, she was romantically linked with Owen French.

Who is Brooke Elliott?

Brooke Elliott is an American actress who can sing too. She is mostly known for appearing in Drop Dead Diva from 2009 to 2014 as Jane Bingum.

For this, she won Gracie Award in 2010 and the Women’s Image Network Awards in 2011. Also, as a director and writer, she did a short TV movie titled Say Hello in 2016.

Her birthdate is 16 Nov 1974 and the place she was born in is Fridley, Minnesota, the US as Brooke Kathleen Elliott. The name of her mother is Kathleen Elliott plus her father’s name is Robert.

Similarly, Brooke’s ancestry is Caucasian, and has a brother named Adam Elliott. Her sister’s name is Jamie Alexander.

As per her academics, she first attended Gabriel Richard High School and then went to Western Michigan University.

From the latter, she passed out in 1998 with a degree in Musical Theatre Performance program.

Brooke Elliott has become a popular face of the acting world where she made several screen appearances. At present, she is busy with a TV show, Sweet Magnolias where she plays the role of Dana Sue Sullivan.

She is also an amazing singer who sang for two Bradway shows Taboo and The Pirate Queen.

As of 2022, she has earned a net worth of around $5 million (estimated). The yearly salary and other earnings received by her are not disclosed.

This talented actress of Drop Dead Diva is keeping herself away from rumors and desperate scandals.

Brooke Elliott’s height of 5 ft 4 inches and her body weight is 84 kg. Also, she has green eyes and dark brown hair.