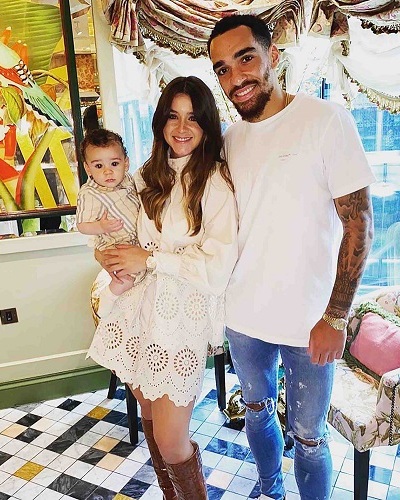 The former Coronation Street actress Brooke Vincent, 28 shared some good news with her social media fans. She is pregnant with her second child with her beau Kean Bryan. But this comes just over one year after she delivered her son Mexx. That implies that she will soon have two children and both under two years of age at home to take care of.

Brooke Vincent and her second pregnancy

The former actress on Coronation Street, Brooke Vincent is pregnant again. This is her second baby with her boyfriend, Kean Bryan, 24. The star is in her second trimester and that implies that the uneasiness and retching of the first trimester are hopefully over. The star is due for delivery next year spring. It is not so far away.

Brooke found out that she was pregnant when she was five weeks into this pregnancy. Additionally, she has decided to not reveal the child’s gender until the birth of the baby. She does know the gender but does not want to disclose it to the world. She would soon be having two children in the household and both would be under the age of two. But she is not nervous but rather excited about it.

Brooke and her children and pregnancies

It was in October 2019 that Brooke who portrayed Sophie Webster in Coronation Street series delivered her first baby. It was a son named Mexx. The father of the child was Kean Bryan, her partner.

Brooke spoke to Ok Magazine on this pregnancy and said:

“I’m quite chilled about it. I’m really lucky with Mexx, because he’s a good baby.

“But I just think to myself, ‘You don’t have any other option!’ So if he’s up all night crying, I can’t give him to anyone, so I have to just deal with it.

“It’s a perk having them together and growing together – that’s what I really wanted.”

The actress has revealed that she has no morning sickness now and hence is enjoying her second pregnancy period. She said:

“I’m feeling really good. It’s been a hard year for everyone, so it’s some nice news. It’s a little bit different with your second because you know what’s coming.”

“When I was pregnant with Mexx, it was just a massive shock to the system and I was tired all the time and didn’t understand why, whereas now, I know what’s going on and I’ve been getting on with it a bit more.”

“I don’t really have the time to be saying, ‘I’m so tired!’ because I’ve got another baby to look after.”

Brooke and her first pregnancy

The Corrie star had revealed about her first pregnancy in April 2019. And the October 2019 birth, she had posted on her Instagram its news thus:

“On Wednesday 23rd October at 8.14am Our Baby Boy Arrived.

It is a pleasant coincidence that Brooke is pregnant at the same time that her on-screen sister, Helen Flanagan is.

Helen had played the role of Rosie Webster in the series and she is now expecting her third baby with Scott Sinclair who is her fiancé. Brooke was just 11 years of age when she became part of the series. But in 2019 she decided to quit the show and proceed on maternity leave. Her last scenes were aired in the month of October 2019.